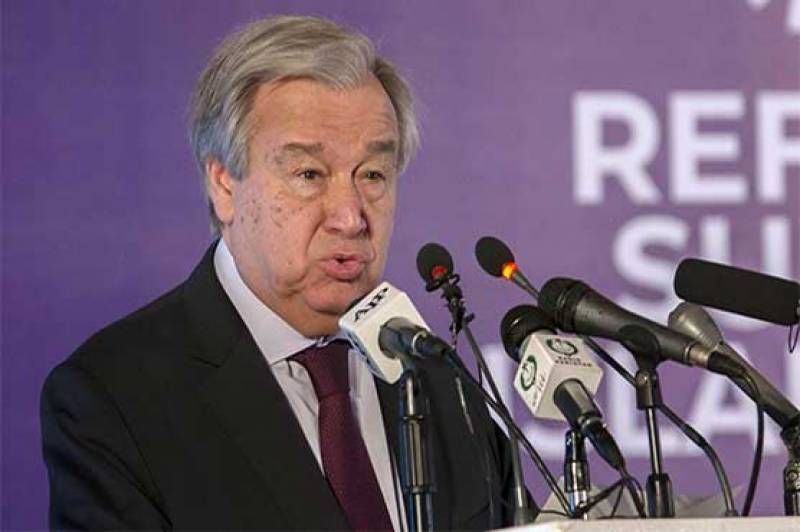 Upon arrival at Kartarpur, a delegation led by Minister of Religious Affairs Noorul Haq Qadri welcomed the UN secretary general.

Guterres was present a briefing by the officials on the Kartarpur corridor and the history of the religious site.

The four-kilometre-long corridor, which was inaugurated on November 9, provides pilgrims a visa-free link between Darbar Sahib in Kartarpur and the Dera Baba Nanak shrine in Indian Punjab. Up to 5,000 Indian Sikhs have been allowed access daily, with plans to eventually double the capacity.

Guterres arrived in Islamabad on Sunday to attend the international conference on Afghan refugees.

Addressing two-day Refugee Summit Islamabad on 40 years of hosting Afghan refugees in Pakistan, the UN chief said that people of Pakistan extended generosity to the Afghan refugees for forty years, and this story is very close to his heart.

"I see solidarity not only in words but in deeds", he said. “We know the solution lies in Afghanistan", he said.

I hope we can signal a possible pathway to peace for a better future for the people of Afghanistan. I see with us Ambassador Khalilzad who I want to strongly encourage to pursuing the way of peace.”