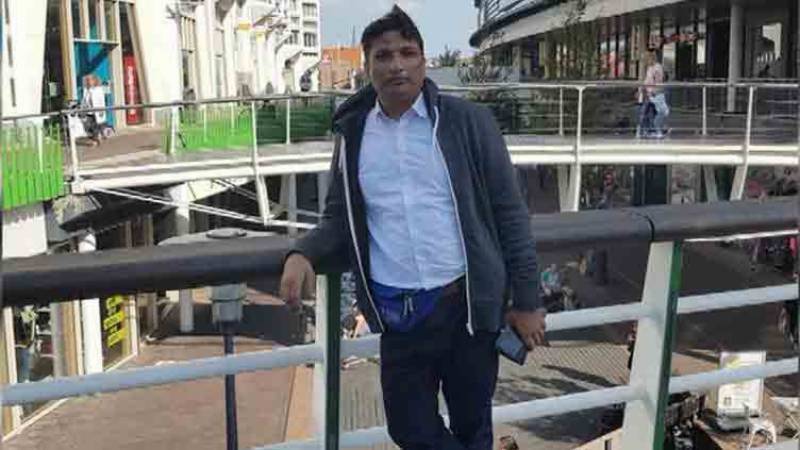 Karachi (Web Desk): A senior producer of a private TV channel was shot dead in an armed attack on his car in the North Nazimabad area of Karachi on Friday.

According to police, Samaa TV's senior producer producer Athar Mateen was assassinated in North Nazimabad araea of the city while he was on his way back home after dropping his children to school.

They said that Athar was gunned down after he rammed his vehicle into the bike of alleged robbers who were looting a citizen, said police.

As the alleged robbers fell down they fired shots at the vehicle, killing the media worker, police officials added.

Meanwhile, the assailants crossed the road on foot and fled while snatching another motorcycle.

The body of the victim was taken to Abbasi Shaheed Hospital for medico-legal formalities.

According to initial investigations, police found only one bullet shell of a 30 bore pistol and assailants' motorcycle from the crime scene.

Athar Mateen was the brother of renowned anchorperson Tariq Mateen.

In a statement, the premier said “we share the grief of the bereaved family”.

He directed authorities to make all efforts to bring the culprits to justice.

In a statement on Twitter, the minister strongly condemned Mateen's death, saying murder of a senior journalist at the hands of robbers is a gruesome incident.

Sindh Chief Minister Murad Ali Shah took notice of the incident and asked the police to present a complete report to his office.

He directed the Additional AIG to complete an investigation into the case and arrest the suspects.

The Sindh CM also expressed condolence on the killing of the senior producer.