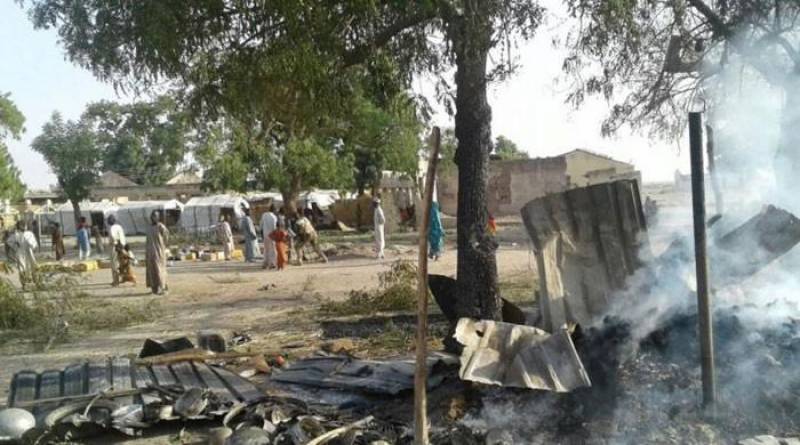 Maiduguri (Reuters): Nigerian air force killed at least 52 people and injured over 120 in an air strike on a refugee camp in the country's northeast, a spokesman from Medecins Sans Frontieres (MSF) confirmed after the military earlier disclosed the strike was meant to target Boko Haram militants.

According to MSF spokesman, the strike occurred in Rann in Borno state, the epicentre of the jihadist group's seven-year-long bid to create an Islamic caliphate. Nigerian General Lucky Irabor, a regional military commander, located the incident at Kala Balge, a district that includes Rann.

Irabor said that it was too early to determine the cause of the incident but an unknown number of civilians had been killed, adding that humanitarian workers from MSF and the International Committee of the Red Cross (ICRC) were among the injured.

Tim Shenk, a spokesman for the MSF medical charity said, "At least 52 people were killed and 120 wounded. The organization's medical and surgical teams in the region are preparing to treat evacuated patients."

The Boko Haram insurgency has killed more than 15,000 people since 2010 and forced some two million to flee their homes, many of whom have moved to camps for internally displaced people.

Femi Adesina, a spokesman for President Muhammadu Buhari, in an emailed statement said, "The president pledges federal help for the state government in attending to this regrettable operational mistake."

The air strike came amid an offensive against Boko Haram by Nigeria's military over the last few weeks. Buhari said last month a key camp in the jihadist group's Sambisa forest base in Borno state had fallen.

The presidency also said the air strike occurred during the "final phase of mopping up insurgents in the northeast."

Boko Haram has stepped up attacks in recent weeks as the end of the rainy season has enabled its fighters to move more easily in the bush.

A video featuring an audio recording purporting to be Boko Haram leader Abubakar Shekau, which was posted on social media late on Monday, said the group was behind twin suicide bombings at a university earlier that day which killed two and injured 17 others.