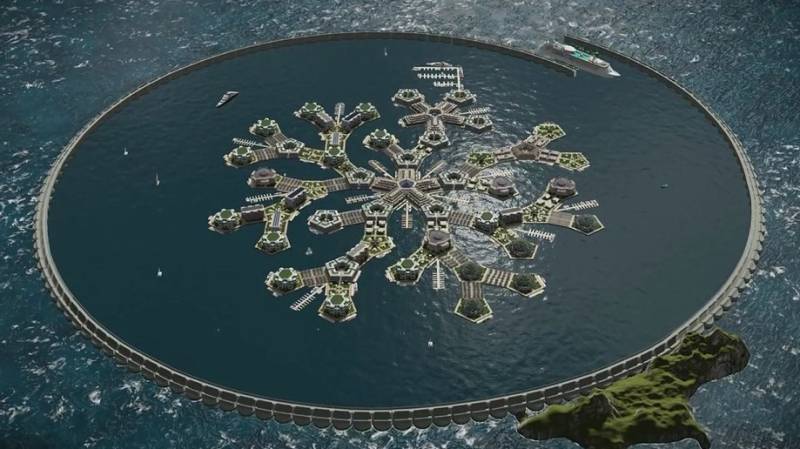 Washington (Web Desk): French Polynesian government is all set to construct world’s first floating city in the middle of the Pacific Ocean. According to details, the Seasteading Institute has signed an agreement to work on the project with the government of French Polynesia

According to French media, the construction work is expected to begin in 2019.

The French Polynesia is a collection of 118 islands in the southern Pacific and is at risk from rising sea levels due to rising climate change; the government has signed a memorandum of understanding with the San Francisco-based institute. Randolph Hencken, executive director of the institute, said while talking to media, "What we're interested in is societal choice and having a location where we can try things that haven't been tried before.”

He further said that we want to create sheltered waters, rather than to be out in the open ocean. It's technologically possible but economically outrageous to afford. Henken added, "If we can be behind a reef break, then we can design floating platforms that are sufficient for those waters at an affordable cost.”

"We don't have to start from scratch as this is a pilot project. They also have very stable institutions so we're able to work with a government that wants us there, that we have respect for and they have respect for us.