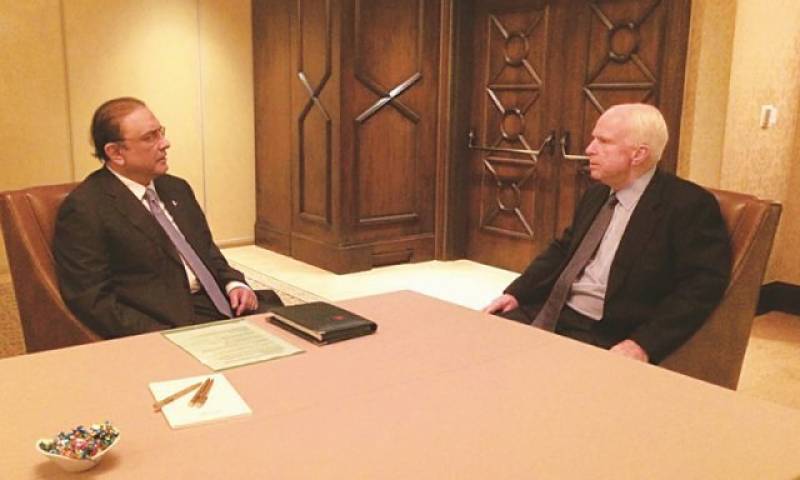 WASHINGTON: Former president Asif Ali Zardari may be out of Office but he isn’t out of US good books. During his recent visit to US, Pakistan People’s Party (PPP) co-chairman Asif Ali Zardari was greeted by US senator John McCain and others senior US senators today.

Sources said Pak-US relations and the war against terrorism were discussed in the meeting that was attended by Senator John McCain and some senior US senators.Zardari was accompanied by party leaders Senator Rehman Malik and Sherry Rehman.

Zardari is in US to attend the inauguration of President-elect Donald Trump on January 20, according to media reports.

Zardari, who returned to Pakistan late last month after spending about 18 months in Dubai in a self-imposed exile, would proceed to France from the US, media reports said.

His son, Bilawal Bhutto Zardari, is expected to join him in the US on January 25 after the PPP’s Lahore-Faisalabad rally, which is scheduled to be held on January 19.