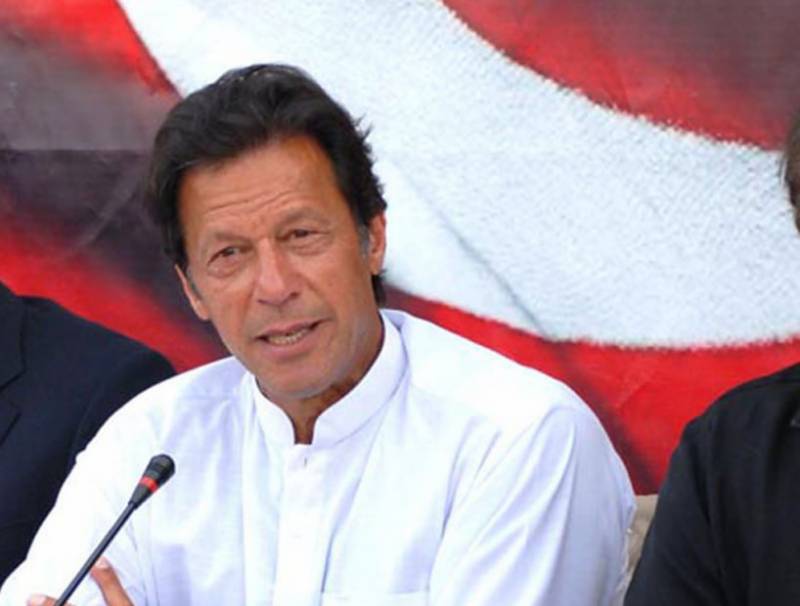 Addressing a press conference, Khan made “explosive revelations”, saying Sharif family established companies in Dubai and Saudi Arabia by sending millions of rupees, with the help of Punjab Police officials and employees of Sharifs in Pakistan, including drivers and others, illegally.

He disclosed that Nawaz Sharif sent Rs 800 million to his daughter Maryam Nawaz Sharif while around Rs 240m were laundered through employees of the Sharif family and Punjab Police.

Khan accused Nawaz Sharif of sending millions of rupees to FZE Capital, a UAE based firm, from Pakistan. He said that former premier would have to give clarification regarding Rs 300 billion.

Talking about Foreign Minister Khawaja Asif’s remarks over his statement regarding the Parliament, the PTI chief said that Asif was an employee at a foreign firm from which he received the salary.

He said that people like Khawaja Asif and Nawaz Sharif destroyed the parliament, adding that millions of rupees transferred to Kulsoom Nawaz’s account in London.

Fasten your seatbelts as I will be making explosive revelations in my press conference this afternoon!

“Fasten your seatbelts as I will be making explosive revelations in my press conference this afternoon,” Khan said in a tweet on Thursday morning.