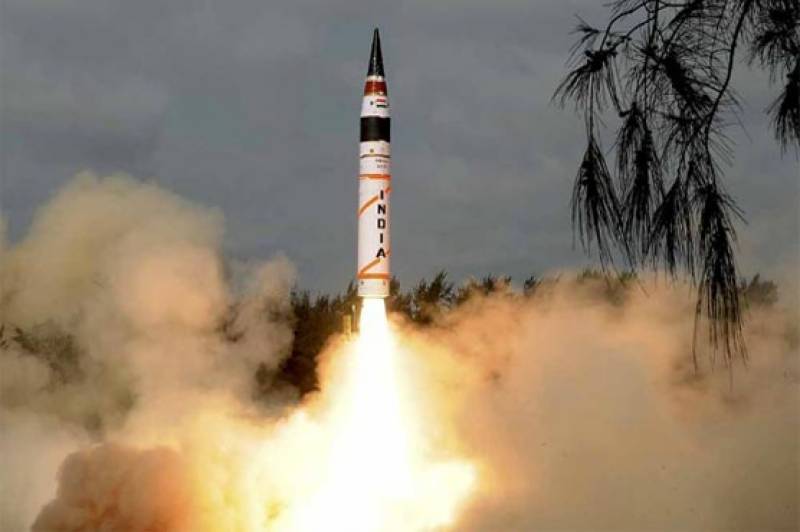 There was no immediate word on whether the first "user-trial" of the nuclear-capable Agni-V missile, which can even reach the northern-most parts of China with its strike range of over 5,000-km, had met all the parameters laid down for the test.

The Agni-V was last tested on December 26, 2016, which was then described as the fourth and final experimental test of the three-stage missile. The tri-Service SFC, established in 2003 to manage India's nuclear arsenal, will have to conduct a few more user-trials before the 50-tonne missile is produced in adequate numbers for induction.

While the 17-metre long Agni-V was tested in an "open configuration" in April 2012 and September 2013, the third and fourth tests in January 2015 and December 2016 saw it being fired from a hermetically sealed canister mounted on a Tatra launcher truck.

The missile's canister-launch version makes it deadlier since it gives the armed forces requisite flexibility to swiftly transport and fire the missile from anywhere they want.

Once the Agni-V is inducted, India will join the super-exclusive club of countries with ICBMs (missiles with a range of over 5,000-5,500km) alongside the US, Russia, China, France and the UK.