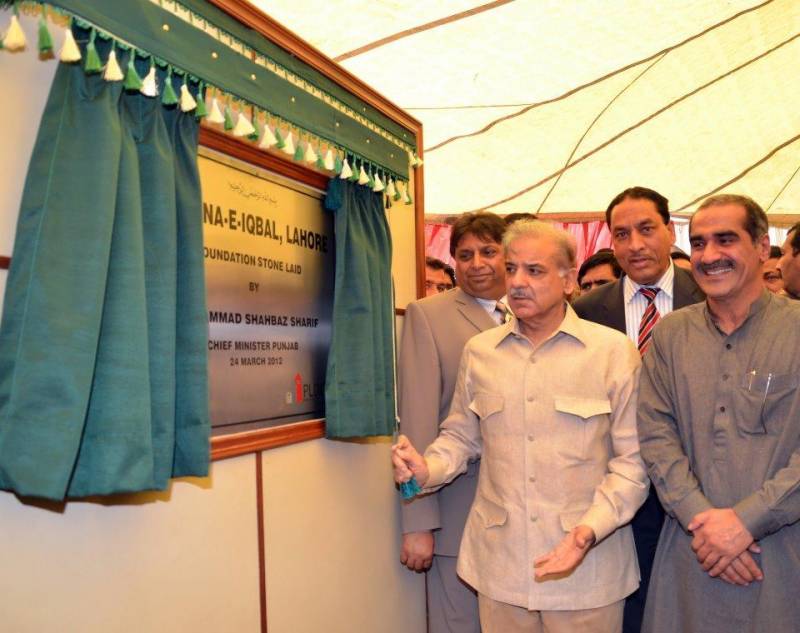 The Punjab chief minister is called upon to appear before a combined investigation team and record his statement on January 22, read a letter by NAB Lahore.

According to sources, Shehbaz Sharif will appear at the NAB office in Lahore at 10am on January 22.

NAB Lahore has been conducting an inquiry against management/officials of Punjab Land Development Company (PLDC), Lahore Casa Developers, Lahore Development Authority and others, it said.

The letter read that the prima facie Shehbaz Sharif, being the Punjab chief minister, ordered "cancellation of award of contract of Ashiana-e-Iqbal to successful bidder M/s Ch Latif and Sons, leading to award of contract to M/s Lahore Casa Developers (J.V), a proxy of M/s Paragon City (Pvt) Limited, which resulted into loss of Rs 193 million approximately."

Ashiana Housing Scheme, a project of Punjab government was originally launched to provide inexpensive and adequate residential facility to members of the low-income group in the province with Rs 2 billion investment. For the purpose of this scheme, the provincial government had acquired 672 Kanals of land near Darbar Baba Noor Shah.