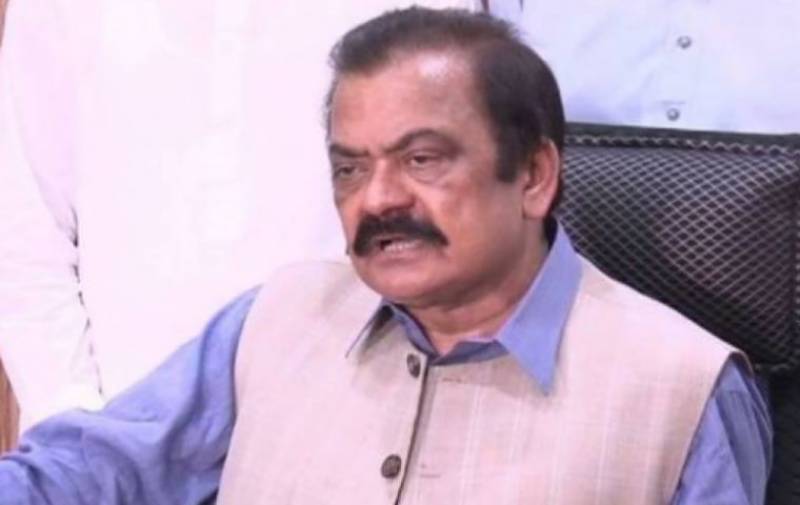 Lahore (Web Desk): An anti-narcotics court on Saturday reserved its verdict in a plea filed by Pakistan Muslim League-Nawaz (PML-N) Punjab senior leader and Member National Assembly (MNA) Rana Sanaullah for release of his vehicle and provision of footages allegedly possessed by the Anti-Narcotics Force (ANF) as evidence, and adjourned the hearing till February 8 in a narcotics case.

According to details, Rana Sanaullah’s counsel argued in the court that his client has acted against several outlawed groups as law minister and was facing threat to his life. He pleaded for return of the bullet-proof vehicle, which was presently in the custody of the ANF.

The ANF counsel while opposing the plea argued that Rana Sanaullah didn’t express any apprehension about threat to his life earlier.

He maintained the stance that a vehicle taken in custody in a drugs case could not be handed over on Supardari.

The ANF’s prosecutor argued that Sanaullah’s lawyers have been using delaying tactics, and pleaded with the court to conduct proceedings of the case on a daily basis.

To this, Judge Shakir Hassan asked the prosecutor, “How could I hear the case on a daily basis? I postpone the cases daily, I don’t have a stenographer and the car in which I travel is a “third-class” car. All these works are to be done by the ministry of law and justice and you are saying to hold hearings daily.”

“Both sides have completed their arguments. I am reserving my judgment in the application, the decision will be written when my stenographer arrives,” the judge added.

Talking to media after the court appearance, Rana Sanaullah said that false and baseless case was lodged against him.

The PML-N leader urged Minister for States and Frontier Regions (Safron) and Narcotics Control Shehryar Afridi to justify his stance in the court.

He said that the opposition was being kept busy in order to divert attention from the public issues.

Former provincial minister pointed out that the rising inflation in the country has made it harder for the public to buy food for even two times a day.

He said that an action plan will be made in the joint meeting of the meeting and a strong protest will be held for public issues.

Rana Sana claimed that baseless cases were being lodged against the opposition to “keep it busy” while this was now clear that he was being subject to political victimisation.

“The person arrested from Faisalabad should be brought forth […] Shehryar Afridi stated in the parliament that he and the prime minister had made no conspiracy, [and so] present the arrested persons before the court,” he went on to say, adding that he would seek the court to summon Afridi and the ANF’s DG in the same case.

The Lahore High Court (LHC) had ordered to release Rana Sanaullah on December 23, 2019, against two surety bonds of Rs1 million each in the same case.

The PML-N had filed his first post-arrest bail petition in a special court on August 8, which was dismissed on September 20, 2019.

Rana Sanaullah was arrested by the ANF from a picket near Ravi tool plaza on Lahore Motorway in July last year for allegedly possessing 15 kilograms of heroin.

He was arrested while travelling with his guards to a meeting from Faisalabad to Lahore.

The FIR was lodged under section 9 (C) of Control of Narcotic Substances Act 1997, which carries death penalty or life imprisonment or a jail-term that may extend to 14 years along with a fine up to Rs1 million.

He was released on bail on December 26.

The government has placed Rana Sanaullah's name on the Exit Control List (ECL) in drug case.