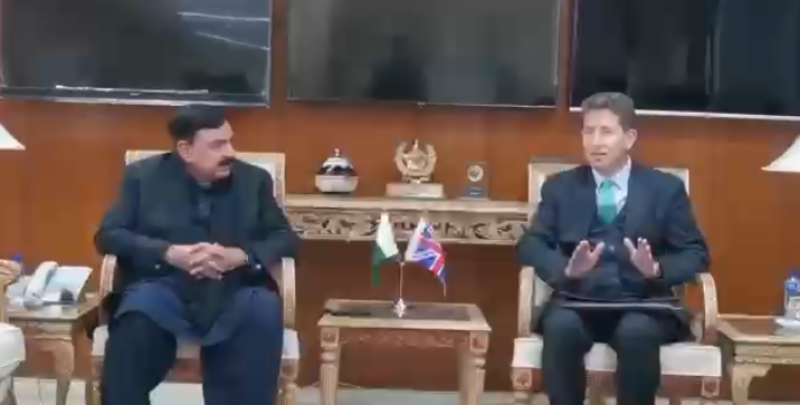 Islamabad (Web Desk): Pakistan and the United Kingdom (UK) have agreed to finalize and sign at the earliest agreements for repatriation of convicted citizens and criminals.

The understanding was reached at a meeting between Interior Minister Sheikh Rashid Ahmed and UK High Commissioner in Islamabad Christian Turner in Islamabad on Tuesday, the Radio Pakistan reported.

It was realized that the agreements are in the interest of both the countries and there is a need to accelerate progress in it.

The two sides were also of the view that bilateral agreements will further strengthen cooperation between the two countries.

He said the Pakistanis residing in the United Kingdom are helpful in promotion of bilateral ties.

He appreciated Pakistan's assistance in evacuation of foreigners and Afghan citizens from Kabul.

It is pertinent to mention that the decision on the extradition treaty between Pakistan and the UK came a day after the special ministerial committee constituted by the federal cabinet held its meeting in Islamabad.

During the meeting, the committee decided that the agreement will be signed in the best interest of the public.

It also decided that the British authorities will be further consulted before presenting the agreement to the federal cabinet for final approval.

The deal will allow Pakistan and the UK to repatriate their convicted criminals. However, it will only allow the repatriation of citizens sentenced by relevant courts.