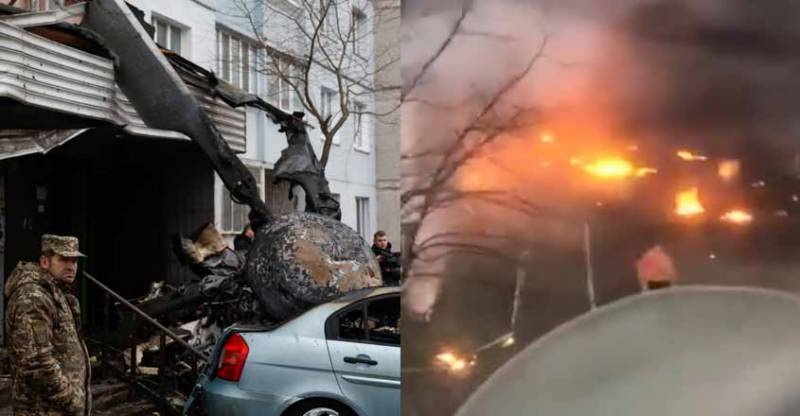 Kyiv (Web Desk): At least 18 people including Ukraine's interior minister and other senior officials were killed in a helicopter crash outside the capital Kyiv on Wednesday.

According to international media, Police three children were  among the dead while several also injured in the crash.

Officials gave no immediate account of the cause of the crash.

Monastyrsky, a 42-year-old father of two, was appointed interior minister in 2021.

Twenty-two people were hospitalised including 10 children.

Officials said that at the time of the crash children and employees were in the kindergarten.

Medics and police were working at the scene.

The scene of the crash in the town of Brovary is located some 20 kilometres (12 miles) northeast of Kyiv.