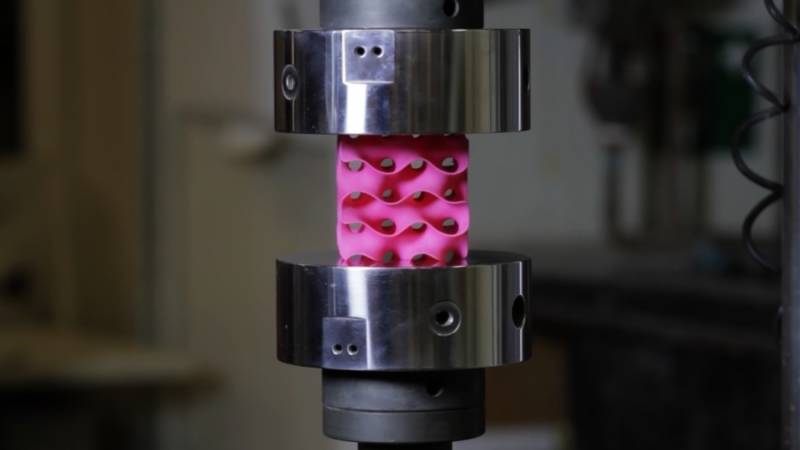 Tokyo (Web Desk): Researchers have developed a bendable fabric which is considered to be more durable than metal.

It is known to have the flexibility of jello, and could change the way our bodies heal and age. It may appear like a mesh bandage but this material is said to be five times stronger than carbon steel by its Japanese engineers.

The tough, bendable fabric combines hydrogels — such as those found in contact lenses or jello — with glass fibers, CNN reported. This combination ups the resilience making the material 100 times tougher than hydrogels and 25 times stronger than glass fiber fabric.

Professor Jian Ping Gong, who leads the team of Hokkaido University scientists who have spent the past three years working on the composite material, told CNN, “It’s the strongest soft material ever obtained by human beings,”  Gong believes the fiber-reinforced hydrogel could be used to create biomaterials, such as artificial organs and prostheses, able to endure everyday wear-and-tear.

“It might be used as a biological substitute like artificial cartilage, or artificial ligament, or various kinds of artificial organs,” she said. Other uses could include sports clothing, helmets or bulletproof vests.

“I think it could have very good performance against a bullet,” said Gong. “Sometimes when I see a flower coming out from a very hard floor — concrete crack — I was wondering why the small flower, such a small lovely flower, has such a big large energy to come out,” she added.

Gong’s team is still perfecting the technology ad they are already working on collaborations with companies in the field of artificial cartilage. “If our material can make people live in better ways, I think we will be very, very happy,” the professor further said.