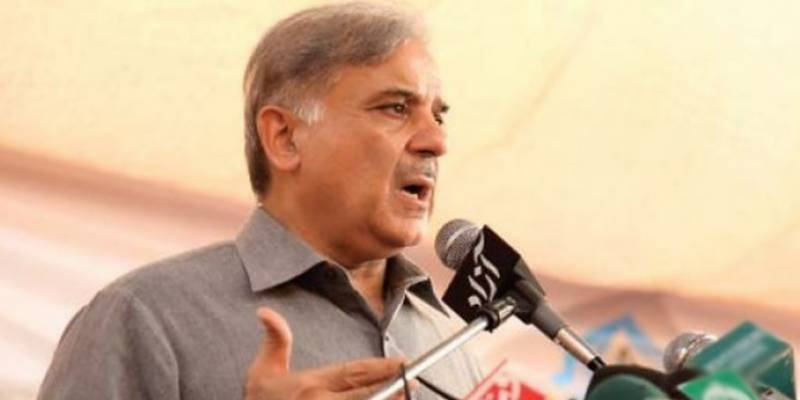 Rajanpur (Staff Report): Pakistan Muslim League-Nawaz (PML-N) president Shehbaz Sharif on Wednesday said that the former prime minister was not allowed to meet his mother who wanted to visit him in Adiala jail.

He said that Nawaz Sharif had to sleep on the floor on the first night in prison, adding that the former prime minister.

Addressing a public gathering while on election campaign in Rojhan area of Rajanpur, the former Punjab chief minister urged the masses to defeat candidates contesting the forthcoming elections with 'bat, jeep and arrow' as their electoral symbols.

He said that South Punjab was the stronghold of Pakistan Muslim League-Nawaz (PML-N).

Imran Khan left for Nathia Gali when dengue epidemic spread in KP whereas I have been visiting South Punjab during the floods and other causalities, Shehbaz claimed.

The former CM said that Nawaz Sharif issued health cards in Punjab to facilitate the masses. He that the kind of hospital built by his party's government in Muzaffargarh was not even there in the United States.

Moreover, Nawaz and Maryam were also fined 8 and 2 million pounds respectively. The court ordered to confiscate the property in question, suggesting the government to do legislation to bring plundered money back to the country.