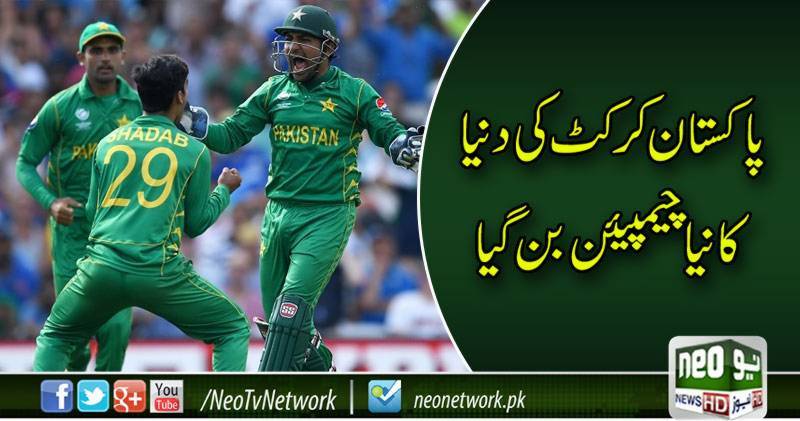 Pakistan set 339 runs target but Indian batting collapsed under a calculated bowling attack, with all out at 158 runs in the 31st over.

Two overs into the match, opener Rohit Sharma succumbed to a LBW, whereas skipper and heavy-hitter Virat Kohli was caught out by Shadab Khan.

Dhawan was caught out by Pakistan skipper Sarfaraz Ahmed at the tail end of the 9th over, and Shadab Khan took Yuvraj Singh’s wicket in the 13th over in an LBW appeal led by Sarfaraz which was initially ruled not out by the umpire.

MS Dhoni was caught by Imad Wasim off a delivery by Hasan Ali, whereas KM Jadhav was caught out by Sarfaraz.

Jadeja left the field after Babar caught him at the widish slip, marking Junaid Khan’s first wicket in the 28th over.

Ravichandran Ashwin was caught out by Sarfaraz off a delivery by Hasan Ali.

Indian skipper Virat Kohli won the toss and elected to filed first against Pakistan in the Champions Trophy 2017 final clash today (Sunday) at The Oval, London.