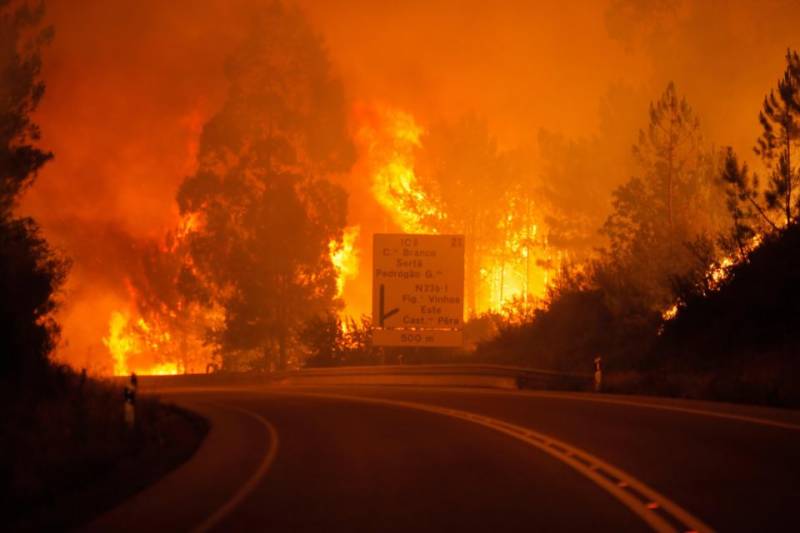 Lisbon (Web Desk): At least 57 people have been killed by a forest fire in northern Portugal, with many of the victims dying on the road as they tried to flee, authorities said.

Thirty people were killed in their cars and 17 were found outside their vehicles by the side of the road near Pedrogao Grande, Secretary of State for Internal Administration Jorge Gomes said in comments broadcast by RTP on Sunday. Ten more people were found in rural areas.

About 700 firefighters are working to extinguish the blaze, which broke out Saturday and spread amid high temperatures. A cloud of smoke has hampered efforts to fight the fire from the air, Gomes said. The European Commission said on Sunday that France and Spain have sent firefighting aircraft.

Portuguese President Marcelo Rebelo de Sousa went to the location of the fire after midnight and said there was no lack of immediate response to face the blaze. Minister of Internal Administration Constanca Urbano de Sousa was also in Pedrogao and said that “when this ends” an assessment will be made about what happened, according to RTP.