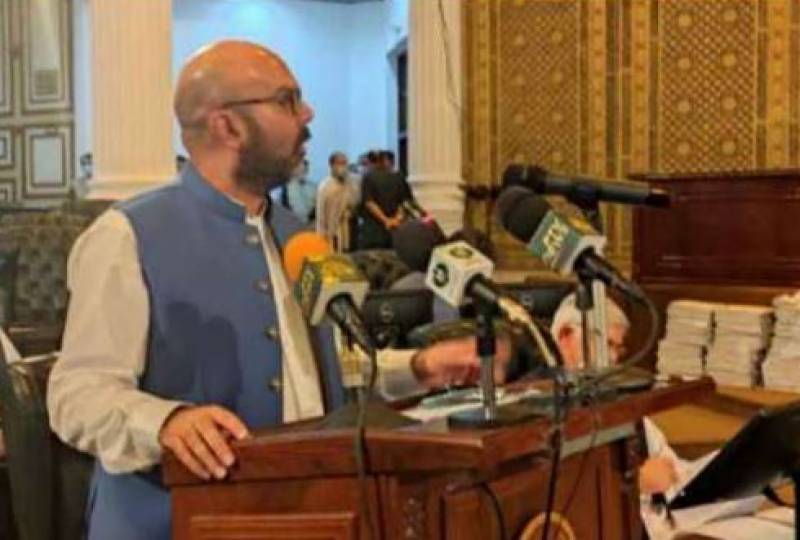 Peshawar (Web Desk): Khyber Pakhtunkhwa (KP) unveiled the budget for next fiscal year 2021-22 with total outlay of over Rs1,118 billion in the provincial assembly on Friday.

Presenting the budget, KP Finance Minister Taimur Saleem Jhagra said that Rs919 billion have been allocated for the settled districts while Rs199 billion for the newly merged districts of the province.

Taimur Saleem Jhagra said that Rs371 billion have been allocated for the Annual Development Programme (ADP) which is a record.

The KP government announced 10 percent adhoc relief allowance in the salaries of provincial government employees and 10 percent increase in pension in the new fiscal year budget.

The minister also announced an increase of 20 percent functional or sectoral allowance for the employees up to Grade-19 who are not receiving any special allowances besides 7 percent increase in the house rent allowance for employees’ not availing government residence.

Over Rs142 billion have been earmarked for the promotion of health facilities in the province besides establishment of four big hospitals at a cost of Rs40 billion under public-private partnership.

Taimur Saleem Jhagra said a medical insurance plan has also been introduced in the new budget for provincial government employees.

“Despite the financial crisis and prevalence of the global pandemic of COVID-19, the government has presented a public-friendly tax-free budget,” the minister said.

Earlier, the provincial cabinet in its meeting chaired by Chief Minister Khyber Pakhtunkhwa Mahmood Khan approved the budget for the next fiscal year.