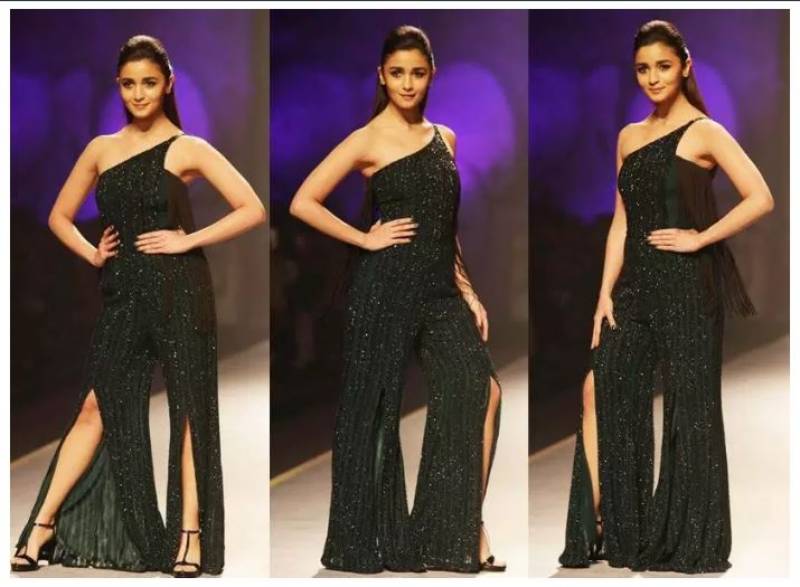 While walking towards the shutterbugs to self-praise her glittery off-the-shoulder green jumpsuit, which had high front-cuts on the bottom, the Bollywood diva, 24, clearly was not looking to blend in when she threw on her “grungy” side and made a heart-stopping entry to the groovy music.

The show began with a unique concept as its entire theme was inspired by the streets of New York City and hence the runway was given somewhat similar touch to that of NYC’s roads with additional EDM beats and 3D lighting and was presented by Maybelline.

Alia said, “I’m feeling very comfortable in this. We really wanted to create some drama in that show and Namrata and I, we both were on the same page that what to do. I enjoyed a lot. It has been a while since I walked the ramp.”