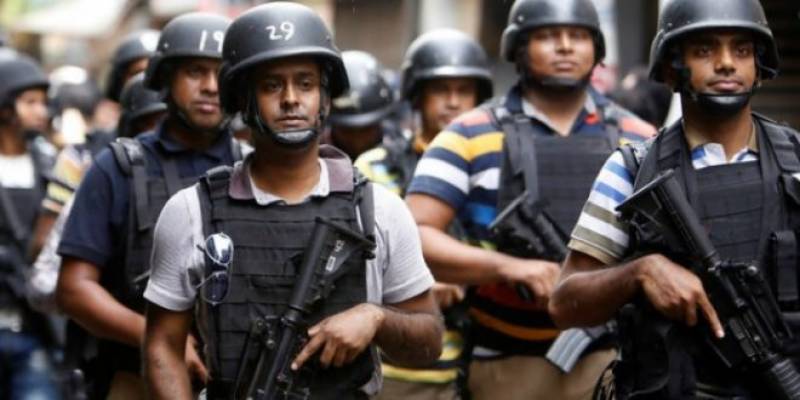 Dhaka, Bangladesh (Reuters): Bangladesh police shot dead a terrorist who tried to enter a security check-post on a motorcycle armed with explosives on Saturday, the latest in a string of security incidents since a deadly attack on a cafe in July.

The latest incident came a day after a suicide bomber blew himself up at a security forces base near the international airport in the South Asian nation's capital, Dhaka.

Bangladesh's counter-terrorism Rapid Action Battalion (RAB) said some of its officers opened fire when a man riding a motorcycle tried to break through a checkpost.

The RAB's Legal and Media wing chief Mufti Mahmud Khan told Reuters, "The man was carrying explosives on his body." He said two officers were wounded in the attack.

Bangladesh has stepped up security at all airports and prisons across the country after Friday's suicide attack. The most serious in a string of attacks in recent years came last July, when gunmen stormed a Dhaka cafe and killed 22 people, most of them foreigners.

On Thursday, four suspected members of an Islamist militant group blamed for the cafe attack were killed during a police raid on their hideout in the southeastern town of Chittagong.

Al Qaeda and the Islamic State militant group have made competing claims over a recent spate of killings of liberals and members of religious minorities in Bangladesh, a mostly Muslim country of 160 million people.

Authorities have consistently ruled out the presence of such transnational groups, blaming domestic militants instead. However, security experts say the scale and sophistication of the cafe attack suggested links to a transnational network.

Police have killed more than 50 suspected militants in shootouts since the cafe attack, including the man they say was its main planner, Bangladesh-born Canadian citizen Tamim Ahmed Chowdhury.