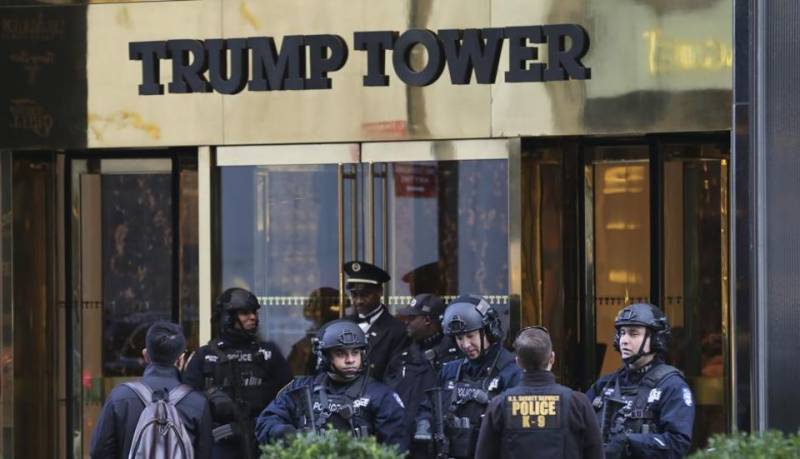 Washington: US Secret Service agency claimed that a laptop was stolen from a service agent in New York and remains missing, amid reports that the device contained floor plans of Trump Tower.

According to international media, the laptop, containing sensitive documents and information on President Trump and Pope Francis, was taken from inside an agent’s vehicle Thursday morning, as it was parked in front of his Brookyln home.

CNN cited law enforcement sources in New York saying that though the computer was highly encrypted, it contained Trump Tower floor plans and other sensitive contents.

US President Donald Trump resided in the luxury high-rise before moving into the White House. His wife Melania and youngest son Barron still live there.

The Secret Service did not detail the contents of the laptop, but emphasized that such devices “contain multiple layers of security including full disk encryption and are not permitted to contain classified information,” adding that an investigation is ongoing.

CNN further said that the laptop was taken from the agent’s car in Brooklyn on Thursday morning.

The elite agency is tasked with protecting the US president, former presidents and vice presidents, as well as foreign heads of state on official visits.