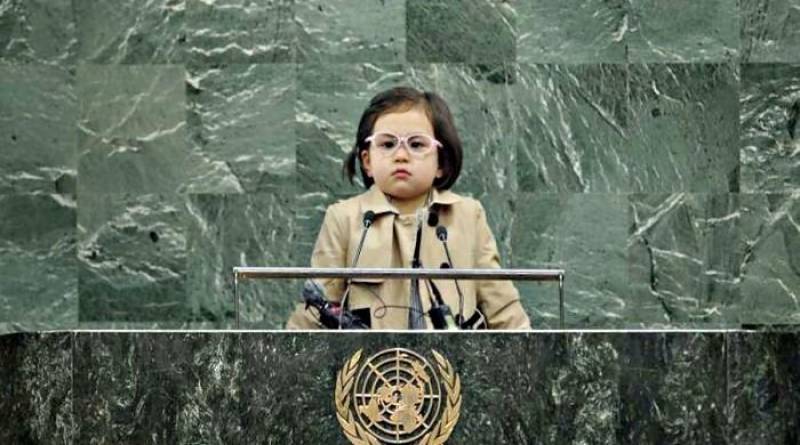 South Korea (Web Desk): The internet instantly went crazy over Marion Kelly who stole the limelight during the press conference even while doing nothing and being herself.

Marion Kelly, the girl who broke into her professor dad’s home office in a ‘Hippity-Hoppity’ mood during a live interview with the BBC has become a star and she couldn’t care less about it.

Marion has become an internet hit after she showed up at a press conference with her parents in I-don’t-give-a-damn attitude. Marion who appeared at the press conference in a Burberry coat, snazzy glasses with a lollypop, showed everyone that she doesn’t care about her fame but rather wants to have the lollipop in peace.

If she isn't President of Earth by the time I'm 80, I'll be bitterly disappointed. pic.twitter.com/f5qEfaaPT7

I love everything about Marion who interrupted her dad's BBC interview. Love her trench coat and I love her glasses. pic.twitter.com/U3KLF1LIvF

BBC interview kid has just been cast as Commissioner Gordon in the new Batman movie. pic.twitter.com/mM2aYgMOGM

Watch! Here is the attitude girl: