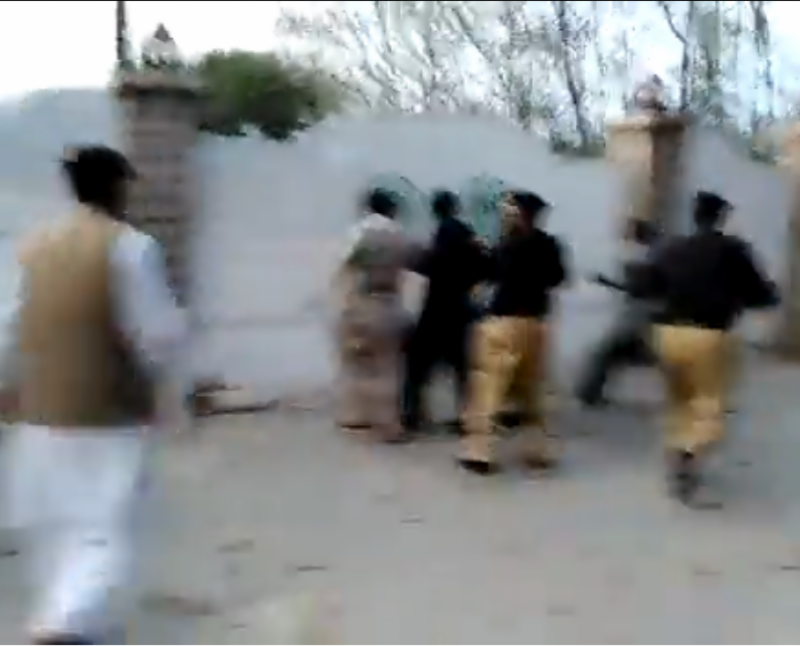 Islamabad (Web Desk): The enraged workers of Pakistan Tehreek-e-Insaf (PTI) on Friday forcibly entered the Sindh House in Islamabad after protesting outside the building against the disgruntled Members of National Assembly (MNAs) belonging to the ruling party who are staying there.

Television footage showed PTI workers climbing over the walls of Sindh House with some of them later breaking down the doors to enter the building. They also carried lotas in protest against the "turncoats".

Speaking to the media persons, Pakistan Peoples Party (PPP) leader Sharjeel Memon termed the storming a "failure" of Islamabad police and the interior ministry, saying "we consider the attack on Sindh House an attack on Sindh province."

Memon added that the way PTI federal ministers had been questioning why policemen from Sindh were deployed at the building had received their answer now.

"When they were taking such actions, Islamabad police were silent. If Sindh police was not there today, PPP MNAs who were staying inside with their families would be in danger, Sharjeel said", adding that Imran Khan has been defeated, and now he wants a clash.

On the other hand, the volunteers of the Jamiat Ulema-e-Islam-Fazl (JUI-F) also reached Sindh House to confront the protesting PTI workers.

Speaking on the occasion, JUI-F spokesperson Aslam Ghauri had said, “Our volunteers will be present where there is lawlessness.”

He accused that groups of 'hooligans' were being entered in the red zone under police surveillance.

Ghauri said that the miscreants of PTI will be dealt in all circumstances.

He directed the workers of Rawalpindi, Islamabad to immediately reach Islamabad, adding that the responsibility will be on the government if any worker is harmed.

Later, Interior Minister Sheikh Rashid Ahmad released orders to arrest the PTI supporters who were involved in the incident.

Condemning the turn of events, he said that the situation is now "under control" and added that the inspector general of police Islamabad has been instructed to arrest all people involved in the violent protest, including the two MNAs, Attaullah and Faheem Khan.

The minister added that said that security has been tightened around the lodge and police have been instructed to take strict actions against protesters.