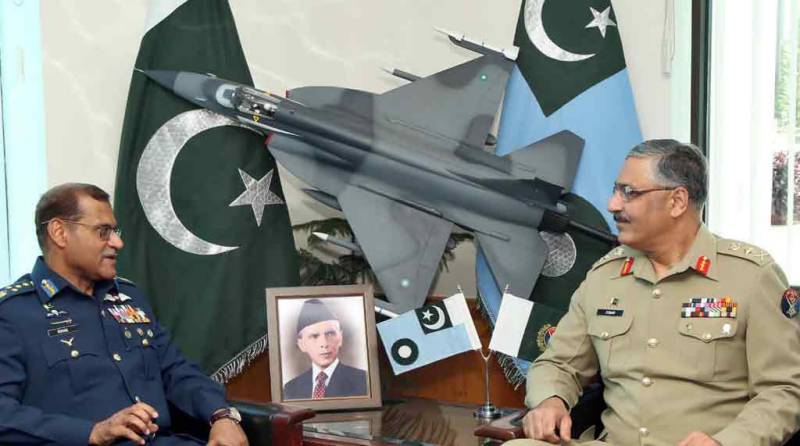 During the meeting, General Zubair was given a briefing on Pakistan Air Force (PAF)’s organisation, role and functioning while the matters of professional interests were also discussed.

The CJCSC also expressed his satisfaction over the operational preparedness and readiness of the PAF.

The air chief, on the occasion, presented him a new book on the PAF titled “PAF Attaining New Heights.”