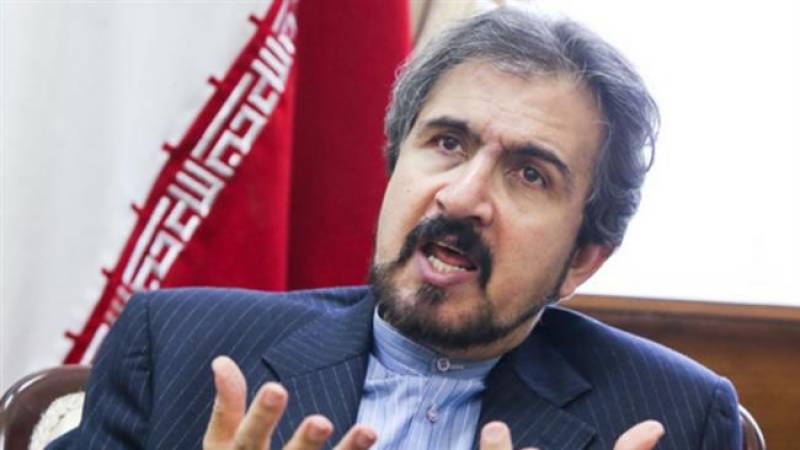 Tehran (Reuters): Iran said on Thursday that new US sanctions targeting its ballistic missile program show Washington's “ill will” and could undermine the 2015 nuclear deal between Tehran and world powers, state television reported.

The US Treasury on Wednesday sanctioned two senior Iranian defense officials, an Iranian company, a Chinese man and three Chinese firms for backing ballistic missile development in Iran. Separately, however, Washington also extended wider sanctions relief for Iran called for under the nuclear accord.

"Iran condemns America's unacceptable ill will in its effort to undermine the positive outcome of Tehran's commitment to implement the nuclear deal by adding individuals to its list of unilateral and illegal sanctions," state TV quoted Foreign Ministry spokesman Bahram Qasemi as saying.

Iran holds a presidential election on Friday in which incumbent Hassan Rouhani will be seeking a second term against hardline challengers who say the nuclear pact has not delivered economic recovery as he promised.

Rouhani's main rival Ebrahim Raisi, an acolyte of Supreme Leader Ayatollah Ali Khamenei, has criticized Rouhani's conciliatory approach to the West and the economy's continued sluggishness despite the lifting of global sanctions.

Remaining, unilateral US sanctions imposed over Iran's record on human rights, terrorism and ballistic missiles has scared many would-be foreign investors seen as indispensable to reviving an economy stunted by many years of isolation.

In retaliation for the new US sanctions, Iran said it had added nine American individuals and companies to its own list of 15 US companies for alleged human rights violations and cooperation with Israel, its arch-enemy.