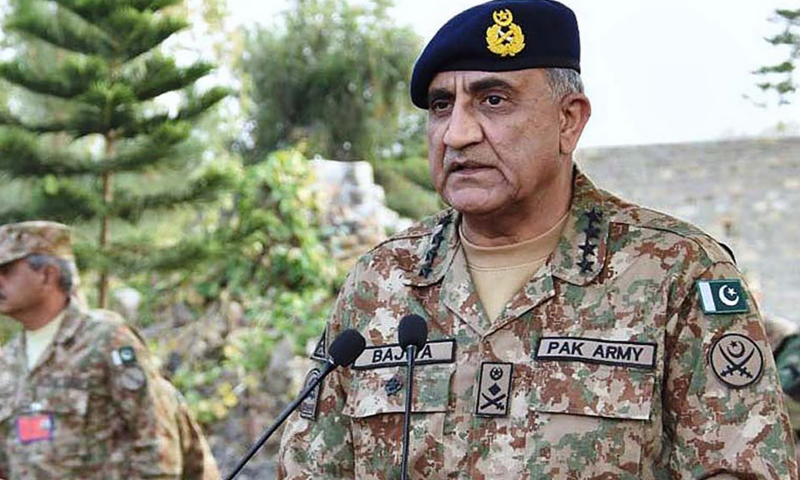 Rawalpindi (Staff Report): Chief of Army Staff General (COAS) Qamar Javed Bajwa said on Thursday that Pakistan cannot move ahead without holding any other institution responsible for its progress except Pak army, adding that Pak army has been facing the criticism, said a statement issued by Inter-Services Public Relations (ISPR), the military’s public relations wing.

COAS Bajwa said while addressing participants of a seminar titled Role of Youth in Rejecting Extremism that hostile forces are polluting the mind of the youth through social media and want to use Pakistani youth against the country. He also termed the youth as an asset and investment of the country.

He, furthermore, stated regarding Kulbhushan Jadhav case that Pakistan sent the lawyer into the International court.

General Bajwa also expressed his views by saying that Pakistan Army is the only military in the world that has defeated terrorism of this scale, the army chief stated, explaining that security threats have now diminished resulting in an environment where development can take place.

The army chief said, adding that Operation Raddul Fasaad represents the beginning of a new phase in this war, “The war against terrorism has to be waged together by all organs of the state and public.”

DG ISPR Maj Gen Asif Ghafoor also spoke on the issue of terrorism and youth earlier at the seminar.