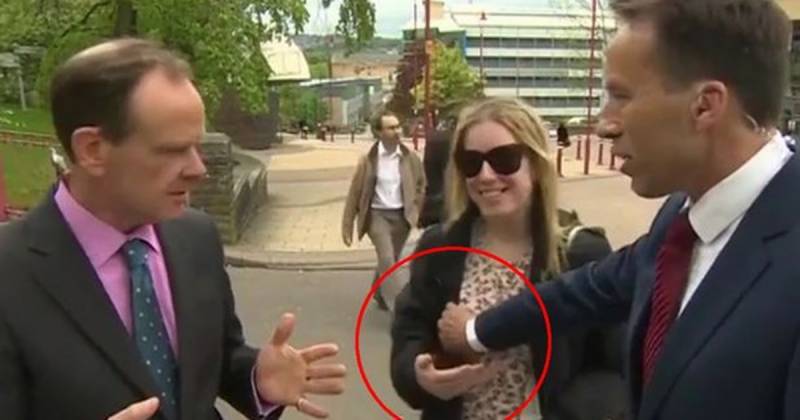 A BBC reporter Ben Brown was slapped by a woman after appearing to touch a woman’s breast as he pushed her away when she interrupted an interview live on air.

Brown was mid-interview with the BBC’s assistant political editor Norman Smith on the streets of Bradford when a passerby stepped into the shot, and looked into the camera saying “absolutely fantastic” with a thumbs up.

The BBC news presenter reached out and pushed the woman away, his hand on her chest, as he continued with the interview. Looking surprised, the woman slapped his arm and walked away.

Brown said the incident had been “completely unintentional”.