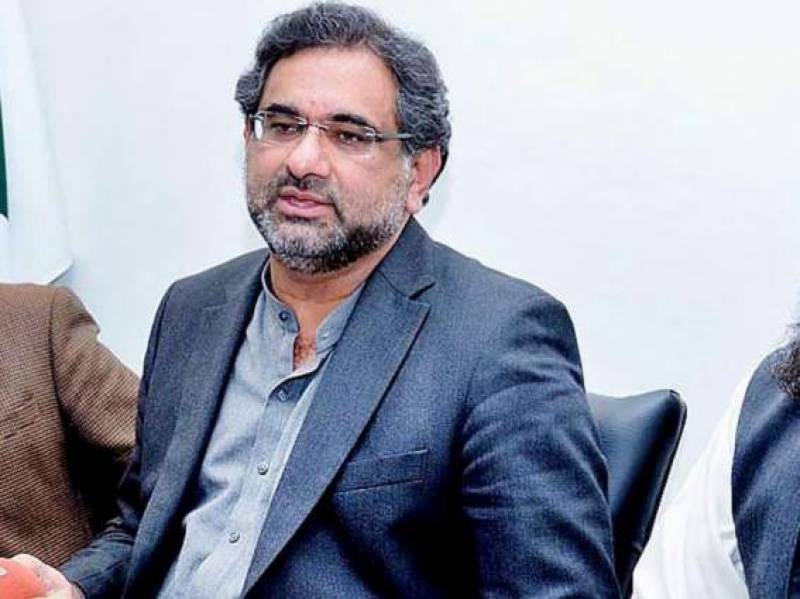 The Pakistani delegation will take participate in the summit being held today (May 18) in Istanbul.

On Tuesday, Turkish Prime Minister Binali Yildirim made a phone call to Prime Minister Shahid Khaqan Abbasi and invited him to attend an Extraordinary Session of the Organisation of Islamic Cooperation (OIC) scheduled to be held in Turkey on 18 May.

Israeli forces shot and killed at least 59 Palestinians and injured more than 2,700 during mass protests along the Gaza border on Monday.

In addition, a baby died from tear gas inhalation, the Gaza Health Ministry said, bringing the overall death toll to 60.

Six of those killed by gunshots were minors, the ministry said.

It was by far the deadliest day of cross-border violence since a devastating 2014 war between Israel and Gaza's Hamas rulers.

The bloodshed drew calls for restraint from some countries, including France and Britain, and stronger criticism from others, with Turkey calling it “a massacre”.

The White House declined to join in urging Israel to exercise caution and pinned the blame squarely on Gaza’s ruling Hamas group, backing Prime Minister Benjamin Netanyahu who described the Israeli military’s actions as self-defence of his country’s borders.

In siding squarely with Israel, Washington put distance between itself and its European allies for the second time in a week, after angering France, Germany and others last Tuesday by abandoning an international nuclear deal with Iran.

In contrast to the violent scenes in Gaza, Israeli dignitaries and guests attended a ceremony in Jerusalem to open the US Embassy following its relocation from Tel Aviv.

The move fulfilled a pledge by US President Donald Trump, who in December recognized the holy city as the Israeli capital.

Netanyahu thanked Trump for “having the courage to keep your promises”.

Palestinians seek East Jerusalem as the capital of a state they hope to establish in the occupied West Bank and the Gaza Strip.

Israel regards all of the city, including the eastern sector it captured in the 1967 Middle East war and annexed in a move that is not recognized internationally, as its “eternal and indivisible capital”.

Most countries say the status of Jerusalem - a sacred city to Jews, Muslims and Christians - should be determined in a final peace settlement and that moving their embassies now would prejudge any such deal.

Peace talks — aimed a finding a two-state solution to the conflict — have been frozen since 2014.