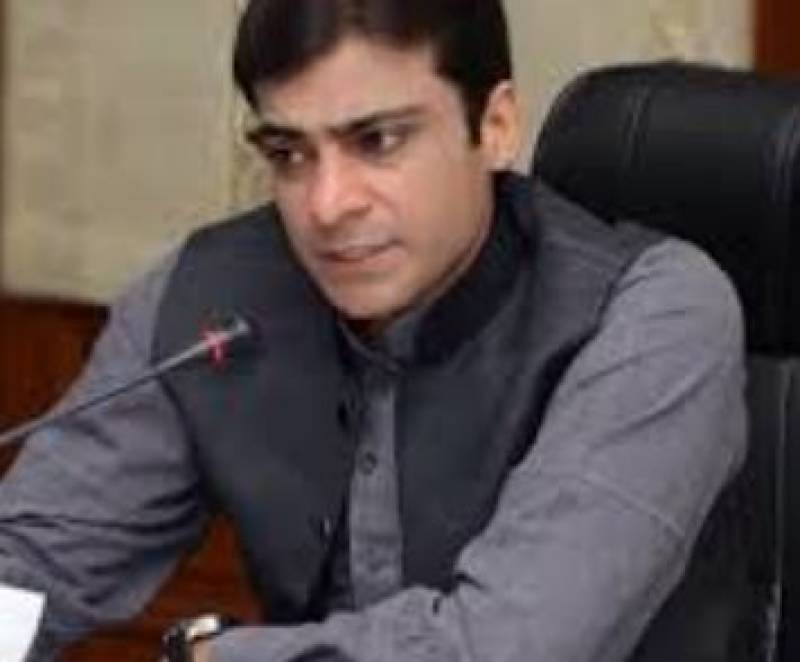 The anti-corruption body last week sent a notice to the chief minister’s son, asking in what capacity he had chaired five meetings of the Saaf Pani Company when he was not even a board member, to which he answered that the board had asked him to chair the meetings as a PML-N member.

Speaking to the media after his appearance, Hamza said those whose intentions are pure are not afraid of anything.

The PML-N leader recalled that he was 18 years old in 1993 when he was jailed for six months at Rawalpindi’s infamous Adiala prison.

Moreover, he shared that after army chief General Pervez Musharraf’s coup in 1999, he spend 10 years running pillar to post at NAB, adding that at one point the then-NAB chairman admitted that despite searching for everything, they found nothing against his family.

The National Accountability Bureau (NAB) in 2017 had launched a probe into the affairs of 56 public sector companies formed by Punjab Chief Minister Shahbaz Sharif's administration in Punjab to investigate their alleged involvement in corruption.

These companies are accused of certain irregularities, recruitment in violation of procurement rules and merit, nepotism, and non-completion of various projects in time.