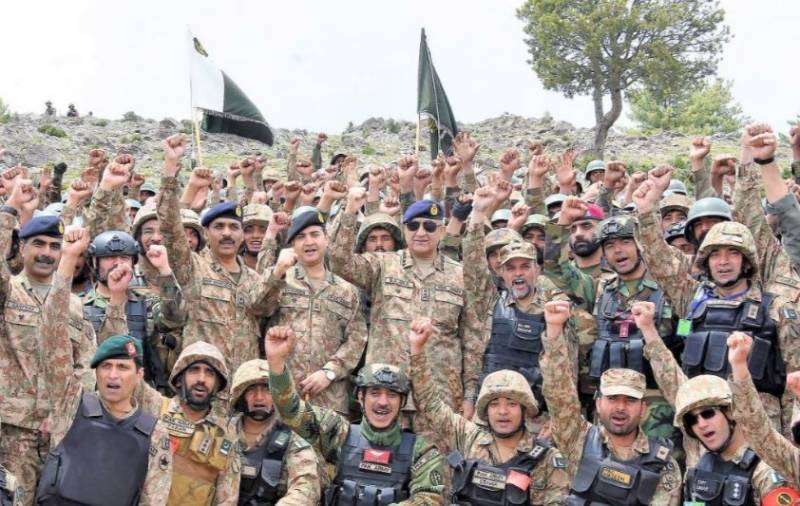 According to the Inter-Services Public Relations (ISPR), the army chief was briefed about progress on border fencing, sanitisation operation, socio-economic development projects and the rehabilitation of temporarily displaced persons (TDPs).

This was the area where three Pakistani soldiers were martyred on May 1 in a cross-border terrorist attack from Afghanistan on a fencing party.

The COAS appreciated the high morale of the troops and their contributions for bringing about stability in the area.

"While Pakistan continues to play its positive role towards success of Afghan reconciliation process and peace in the region, we also stay ready for any unforeseen eventuality. For this Pakistan is solidifying border through fencing, construction of new forts and posts and increase in strength of FC troops to effectively manage the border," the military's media wing quoted the army chief as saying.

"Similarly we continue to maintain required state of alertness and preparedness on our Eastern Border," General Bajwa said.

"There are still challenges facing Pakistan but not as much as we have passed through in recent past. To continue the journey towards ultimate success we need to stay patient, determined and united," the COAS concluded.