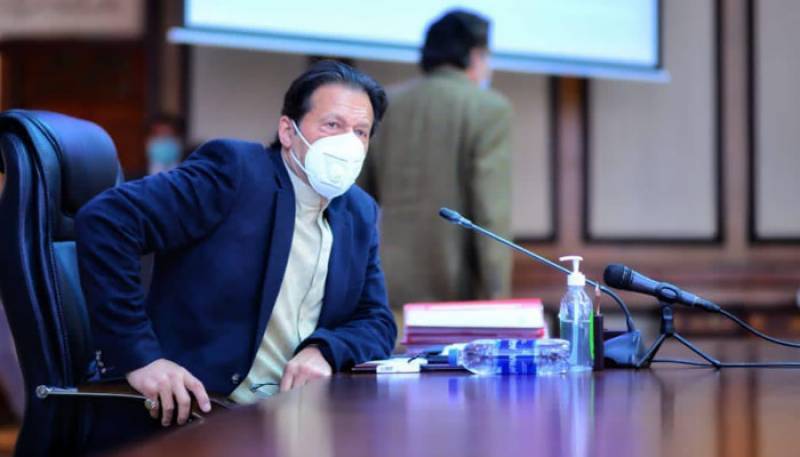 Islamabad (Web Desk): Federal cabinet on Tuesday approved sending medical aid to Palestine on humanitarian grounds in view of the medical emergency faced by the Palestinians as a result of Israeli aggression.

The meeting of federal cabinet chaired by Prime Minister Imran Khan was held in Islamabad.

Overall political and economic situation of the country and the latest situation in Palestine were also discussed in the meeting.

Later, briefing the media persons about the decisions taken in the cabinet meeting, Minister for Information and Broadcasting Fawad Chaudhry said that Pakistan was the first Islamic country that adopted a "very clear and strong stance on Palestine" which it was standing by even today.

“Quaid-e-Azam Muhammad Ali Jinnah laid the foundation of Pakistan's policy on Palestine and Imran Khan is its trustee,” the minister said.

‘The nation will observe solidarity day with the Palestinians on Friday,” the minister added.

He said Foreign Minister Shah Mahmood Qureshi is in Turkey and he along with some other foreign ministers of the Muslim countries will go to New York to attend the United Nations General Assembly (UNGA) session.

He said the preliminary investigation reveals that the alignment of the project was changed to benefit some housing societies.

However, he said, the investigation carried out so far shows that no minister or advisor is involved in it.

He said Zulfi Bukhari resigned as Special Assistant on Overseas Pakistanis on high moral ground and he has no link with the issue.

Fawad said that Minister for Aviation Ghulam Sarwar Khan also does not own any land in the area.

Referring to electoral reforms, the information minister said the government is committed to introduce electronic voting machines to ensure transparency in elections and give right of vote to overseas Pakistanis.

“The opposition is not serious in electoral reforms and Pakistan Muslim League-Nawaz (PML-N) as the Pakistan Peoples Party (PPP) have not made their position clear on the right to franchise to overseas Pakistanis,” he regretted.

Fawad Chaudhry said that Pakistan Tehreek-e-Insaf (PTI) government aims to revitalize the agriculture sector through provision of Rs110 billion in next 3 years.

“Ministry of National Food Security & Research has provided various recommendations for the development of livestock sector,” he said.