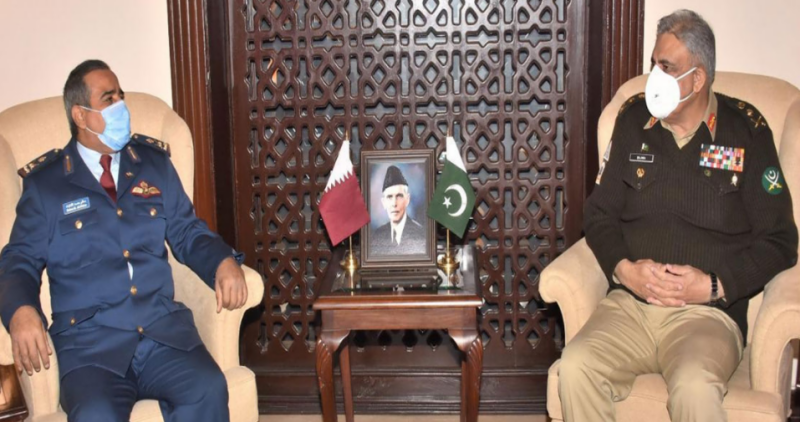 During the meeting, matters of mutual and professional interest and regional security situation were discussed.

The visiting dignitary appreciated contributions of Pakistan Army for regional peace and security and its role in training of Qatar's armed forces.

He was presented guard of honour upon arrival there and laid a floral wreath at the martyrs’ monument.

During the meeting, matters of mutual interest, regional security and bilateral collaboration were discussed.