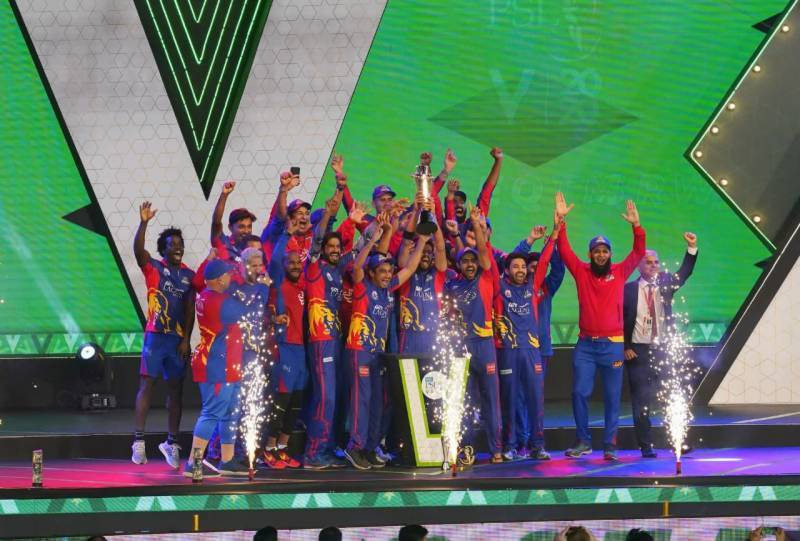 Lahore Qalandars won the toss opted to bat first and scored 134 runs for the loss of seven wickets in stipulated overs.

Karachi Kings achieved the target in 18.4 overs for the loss of five wickets.

Babar Azam knocked a commanding half-century to help his side win their first championship.

Azam hit seven fours in his 49-ball 63, but it was skipper Imad Wasim who hit the winning boundary to help the Kings overhaul a modest 135-run target in 18.4 overs.

The final of the PSL's fifth edition was played after a gap of nearly eight months after the tournament was abandoned due to the coronavirus pandemic.

It resumed on November 14 behind closed doors, with the Kings beating the Multan Sultans in the qualifier while Lahore downed Peshawar Zalmi and the Sultans in two eliminators to book a place in the final.