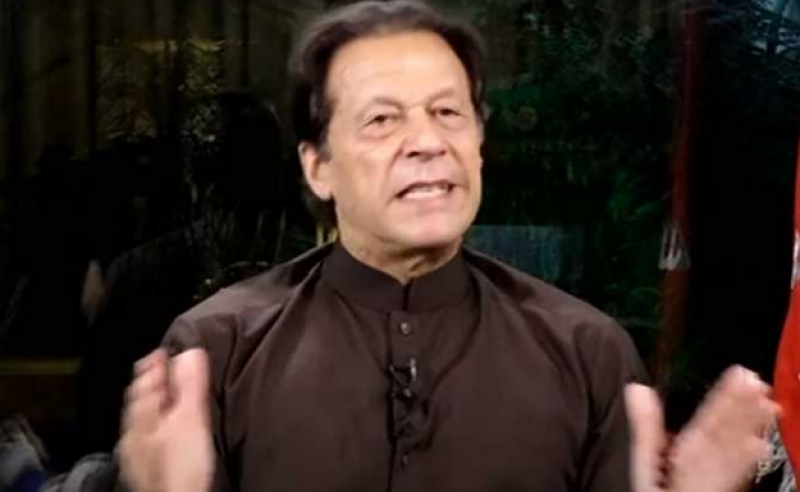 Lahore (Web Desk): Pakistan Tehreek-e-Insaf (PTI) Chairman and former premier Imran Khan on Friday said that he would give the date for the long march's arrival in Islamabad on Saturday.

Addressing the participants of the long march via video link from Lahore, the PTI chief said that he will rejoin the party's 'Haqeeqi Azadi' march once it enters Rawalpindi.

The former premier said he will be consulting his doctors tomorrow, adding that he will set a date for the long march's arrival in Islamabad accordingly.

Taking a dig at Pakistan Muslim League-Nawaz (PML-N) supremo Nawaz Sharif, Imran Khan questioned how a person like him could be permitted to decide when the election will be held and who the next chief of army staff should be.

He said that the army chief is a professional soldier but Nawaz tries turning that person into the Punjab police chief.

"I know Nawaz will tell the army chief to somehow get rid of Imran Khan," he said, adding that the PML-N supremo was not "used to playing with a neutral umpire".

Imran also claimed that Nawaz would urge the new army chief to wrap up the corruption cases against him, and to not hold elections till he is sure he can win.

The PTI chief added that his party has nothing at risk; however, “Nawaz is concerned because of his offshore accounts.”

He lamented the lack of rule of law in the country saying that Pakistanis migrate to Europe because of this.

The PTI chief said that in  countries where rule of law exists, the people are free.

"People here don't get justice in police stations and in court why do people leave Pakistan? Because countries abroad have rule of law and they know they will be rewarded if they work hard," Khan said.

The former premier added that when businessmen go abroad, they don't worry about unnecessary obstacles being created nor do they fear government officials asking them for bribes. “Investment opportunities are dependent on the rule of law,” he maintained.

“There is only one way now, free and fair elections. Pakistan needs a strong government that completes its five-year tenure,” he said.

Imran Khan called on the nation to join him in this struggle and to show that they were not mere "goats and sheeps".