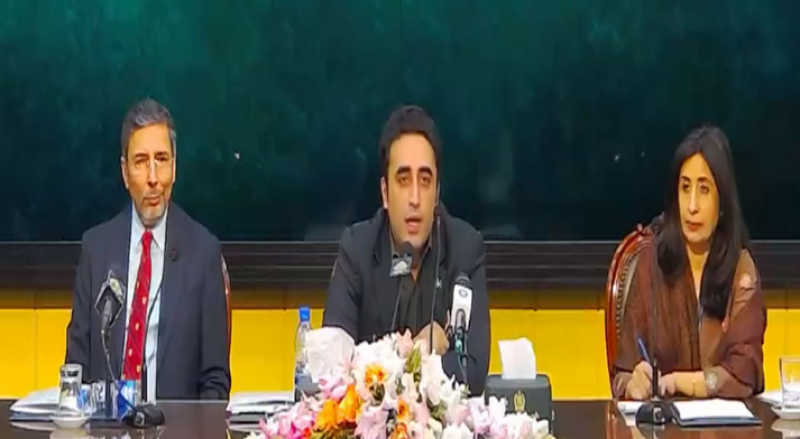 Islamabad (Web Desk/Agencies): Foreign Minister Bilawal Bhutto Zardari on Friday said that Pakistan would not take a solo flight to recognize the interim government of Afghanistan and stressed reviewing Pakistan’s counter-terrorism policy to prevent the resurgence of militancy.

While highlighting priority areas of his foreign policy during a media interaction in Islamabad, he called the need for an “in-camera review” to reform the approach on counter-terrorism in a bid to prevent the factors that gave rise to militancy in the past.

Asked if peace in Afghanistan meant countering the Tehreek-e-Taliban Pakistan (TTP), he said it was important to internally review the policy.

“Never think that the matter of TTP is as black-and-white as either it would be war or negotiations with them,” he said, highlighting that Pakistan in recent years had undergone a successful journey to eliminate terrorism and extremism from its soil.

However, he said, “There is nothing wrong with reexamining the approach on counter-terrorism viz-a-viz developments in the region”.

“When we came to power, we decided to engage with Afghan authorities regardless of our differences for greater national interest. We won’t take a solo flight on the matter of recognition of the Afghan government,” he said.

On closure of Chaman border, he said terrorist attacks on Pakistan’s security forces from the Afghan side led to closure of the border and urged the Afghan government to take measures to not let their country’s soil used against its neighbour.

He said peace in Afghanistan was crucial for Pakistan and the region, and urged the international community to get engaged with the interim government of Afghanistan to avert a humanitarian crisis.

FM Bilawal also called upon the authorities in Afghanistan to fulfill the pledges, especially related to human rights and women’s education.

He mentioned that the nation’s whole-hearted support helped ending terrorism from the tribal areas including North Waziristan.

The foreign minister said that said the coalition government had put in good efforts to restore the foreign policy objectives by holding ‘meaningful’ high-level diplomatic engagements.

He mentioned that the country’s foreign policy was on positive trajectory to help achieve the goals of development by addressing important issues including counter-terrorism and security and economic cooperation.

FM Bilawal said that the government’s focus was to prioritize the national interest and emphasized maintaining a balanced relationship and a positive outreach with all countries including the United States and China.

He said the relations between Pakistan and the U.S. had been “de-hyphenated”.

The foreign minister said persistent implementation of both action plans mainly countering money-laundering and terror-financing would remain high on the government’s agenda.

He mentioned that due to GSP Plus, the country’s export outlook witnessed an exponential growth of 80 percent in recent times.

Asked about the change in stance of Pakistan Tehreek-e-Insaf chief Imran Khan regarding the ‘US cipher conspiracy’, he said, “We welcome the latest U-turn of Mr. Khan on leaving the American conspiracy behind”.

FM Bilawal stressed that there had never been a conspiracy by the United States as was earlier stated by Imran Khan. He said Pakistan and the U.S. enjoyed historic relationship in the interest of their people.

He termed current political climate in the country ‘a storm in the teacup’, regretting the apathy of Imran Khan in the midst of several challenges faced by the country.

Ex-military ruler Musharraf body to be repatriated to Pakistan today

The foreign minister emphasized focusing on ‘trade instead of aid’ with other countries to put the country on path of economic stability.

He regretted that wrongdoings of the past resulted in agricultural and educational crisis in the country.

However, he pointed out the involvement of a neighbouring country in carrying out nefarious activities of terrorism in Balochistan.

On Pak-Iran gas pipeline, he emphasized resolution of issues and hurdles through the Joint Comprehensive Plan of Action (JCPOA) so as to get maximum benefit from the development project.

He called for dialogue and diplomacy to address the common challenges of the world.

Terming the killing of senior journalist Arshad Sharif a ‘traumatic incident’, he said serious efforts were being made with regard to proper conclusion of the case.

He said Pakistan People’s Party (PPP) always stressed prioritizing the issues pertaining to the citizens of Pakistan and rising above the politics in their interest.