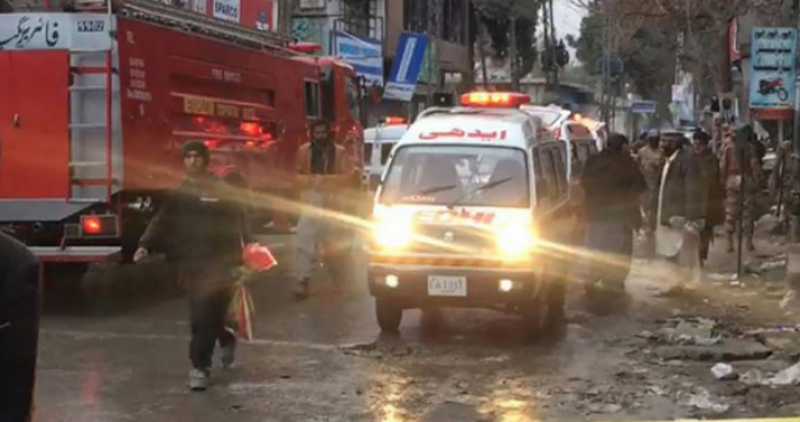 Quetta (Web Desk): One policeman was martyred and several people were injured in a blast near Balochistan University in Quetta's Sariab Road on Monday.

According to officials, law enforcement agencies and rescue officials rushed to the scene and cordoned off the area.

The injured were shifted to the Civil Hospital Quetta and Bolan Medical Complex Hospital to provide them with the necessary treatment.

Balochistan government spokesperson Liaquat Shahwani said that a police truck deputed outside the varsity gate was targeted and an explosive device was planted in a motorcycle.

He said that those responsible for the blast will be arrested and brought to justice.

He said that the police personnel wounded in the attack were providing security to the protesting students.

Federal Minister for Interior Sheikh Rashid Ahmed condemned the incident and sought a report from the Balochistan IGP. He also offered condolences to the family of the martyred official.