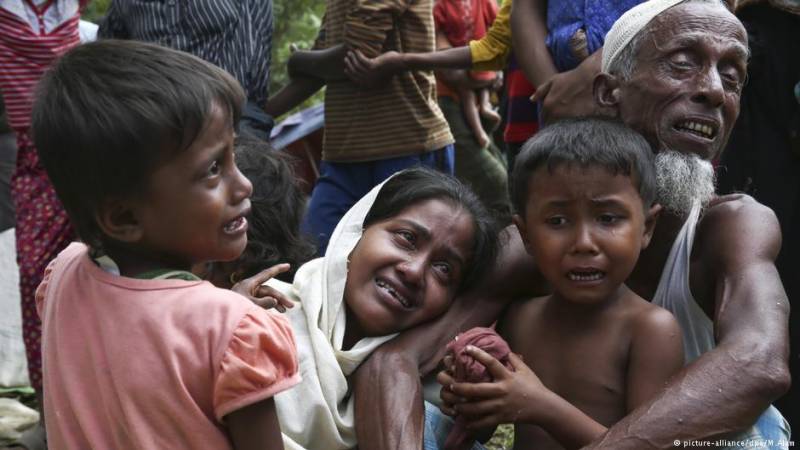 Yangon (Reuters): A rights group has called for targeted sanctions and an arms embargo against the Myanmar military in response to an offensive that has sent 410,000 Rohingya Muslims fleeing to Bangladesh to escape what the United Nations has branded ethnic cleansing.

The latest spasm of violence in western Myanmar’s Rakhine State began on Aug. 25, when Rohingya insurgents attacked police posts and an army camp, killing about 12 people.

Rights monitors and fleeing Rohingya say Myanmar security forces and Rakhine Buddhist vigilantes responded with what they describe as a campaign of violence and arson aimed at driving out the Muslim population.

Buddhist-majority Myanmar rejects that, saying its forces are carrying out clearance operations against the insurgents of the Arakan Rohingya Salvation Army, which claimed responsibility for the August attacks and similar, smaller, raids in October.

The Human Rights Watch group said Myanmar security forces were disregarding condemnation by world leaders over the violence and the exodus of refugees, and the time had come to impose tougher measures that Myanmar’s generals could not ignore.

“The United Nations Security Council and concerned countries should impose targeted sanctions and an arms embargo on the Burmese military to end its ethnic cleansing campaign,” the groups said in a release.

About a million Rohingya lived in Rakhine State until the recent violence. Most face draconian travel restrictions and are denied citizenship in a country where many Buddhists regard them as illegal immigrants from Bangladesh.

Myanmar government leader and Nobel laureate Aung San Suu Kyi has faced a barrage of criticism from abroad for not stopping the violence.

The military remains in charge of security policy and there is little sympathy for the Rohingya in a country, also known as Burma, where the end of army rule has unleashed old animosities and the military campaign in Rakhine State has wide support.