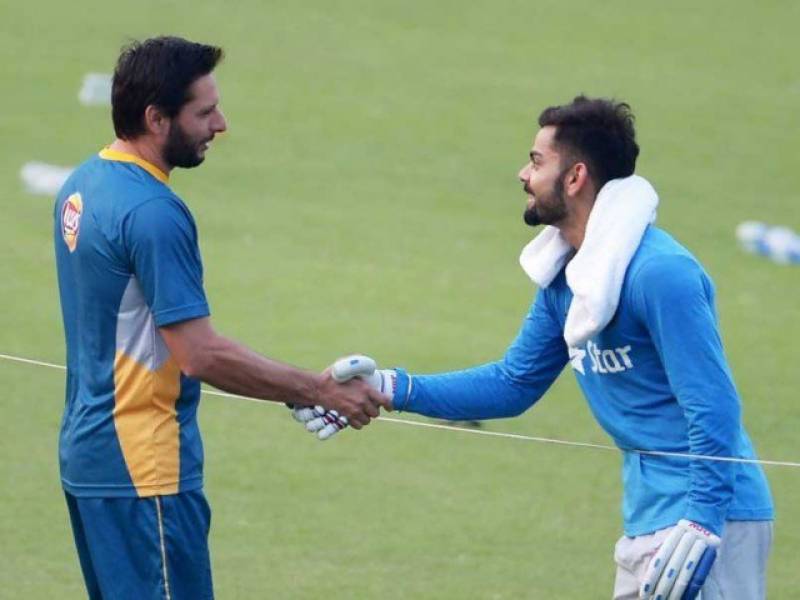 Lahore (Staff Report): Indian cricket team sent a special retirement gift to Shahid Afridi, presenting him a Virat Kohli’s shirt signed by all the players, showing that they have a lot of mutual respect for each other despite sworn rivalry on the pitch.

Pakistani all-rounder Shahid Afridi received heart-warming gift from Indian cricket team when he announced to retire from the sport.

They sent a shirt with “To Shahid Bhai, best wishes, always a pleasure playing against you” scribbled in India captain Virat Kohli’s handwriting in addition to signatures from the entire Indian team. A great gesture by Indian cricket team to show respect to the retiring all-rounder.