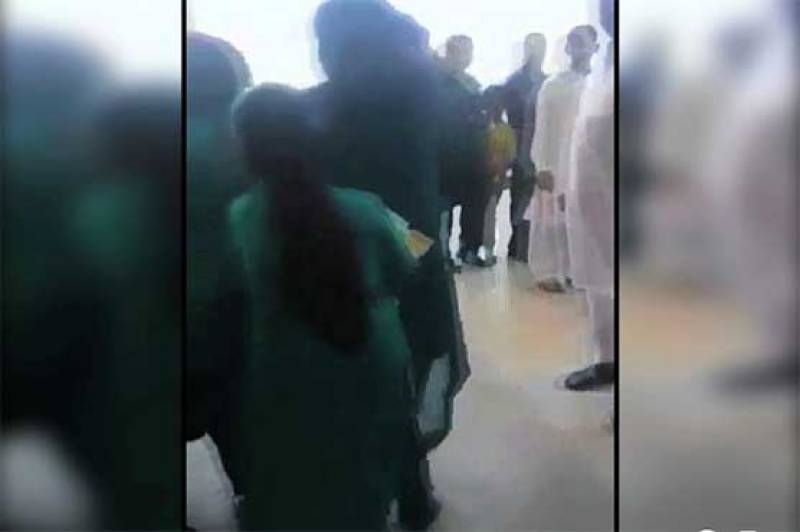 According to details, the FIA, in a notification issued earlier today, said it was suspending LC Ghazala Shaheen with immediate effect and ordered her to report to FIA Zonal Office Islamabad.

According to DG FIA, strict action would be taken against the FIA official if found guilty.

Earlier FIA filed FIR did not mention anything about the beating of passengers, though the incident took place in front of everyone.

In a leaked video passengers and FIA officials were seen fighting with each other. However, in the recent video, a woman can be seen being physically assaulted by female staffers of the FIA’s immigration department at Islamabad airport.

The women can be heard screaming for help as other passengers and staffers watch FIA officials thrash them.

@KlasraRauf bravo u played the real video of Islamabad airport, #Shame #FIA #ASF all the spineless men standing thr,NRP come to PK for this?

#Islamabadairport#FIA thank you for bringing shame to your country pic.twitter.com/xTOoaHQlcC

Don't ask a FIA official at the airport for toilet paper you'll end up in hospital https://t.co/Mor8qUY1i2

@KlasraRauf we've seen violence so frequently in last decade, we've turned out to be a violent society #FIA #MardanUniversity #MashalKhan

The video is of the same incident in which, instead of taking off from the BBIA a passenger landed at the Benazir Bhutto Hospital (BBH) in Rawalpindi. A Norwegian national was allegedly tortured by female immigration staff of the Federal Investigation Agency (FIA) over a petty issue at the BBIA on April 15.

While narrating the incident to media at BBH their mother Haseena Begum said, “We reached the airport along with my daughter Fouzia and Fatima Umer. Our flight was scheduled to take off at about 12:45 pm,” she added, “Fouzia had gone to the restroom after obtaining her boarding cards and handing over luggage. As she came out of the restroom, Haseena said, Fouzia asked for some toilet papers from a female airport staff.”

Haseena said, “the staffer, later identified as FIA official Noshila, was annoyed by the request and said that she was from the immigration department and she had nothing to do with providing toilet papers, apparently a menial job of cleaners.

In a reaction to somewhat rude reply of the immigration official, Fouzia asked her not to misbehave with travellers. The two continued to then exchange harsh words. Haseena said that Noshila allegedly threatened that she would not let them travel to Norway.

Haseena claimed, “As we stood in the queue for our immigration clearance, the FIA woman came and snatched our passports and boarding cards. She tore the boarding cards.”

As news of the incident spread to television channels, the FIA immigration department released a statement claiming that the three female passengers had misbehaved with one of their staff.

People are expressing their disgust over the incident on Twitter.