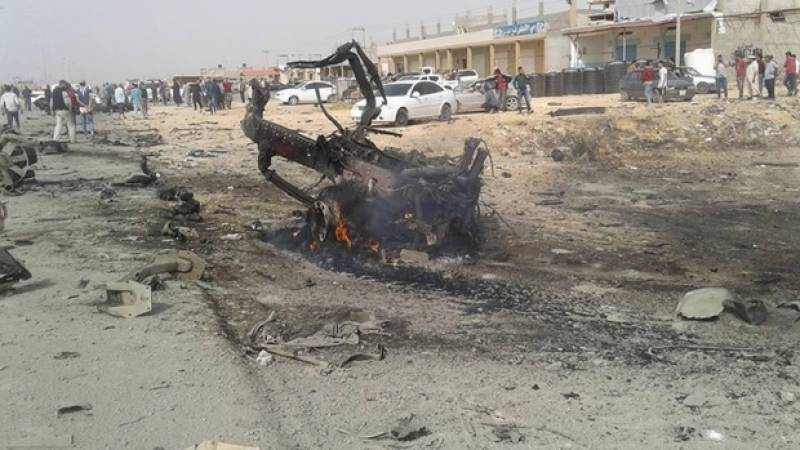 Benghazi (Web Desk): The Chief of Staff for the east Libyan self-styled army, Abdelrazik Al-Nathori, has escaped an assassination attempt after a car bomb exploded while his convoy passed through Sidi Khalifa checkpoint in eastern Benghazi, Arab media reported.

The local sources reported, Army Chief survived the assassination attempt, while one civilian of Syrian nationality died and three others were injured.

Al-Nathori’s name has been dragged into the efforts to replace the commander of the self-styled army in Libya, Khalifa Haftar, with sources reporting that the UAE and Egypt both disagreed to have Al-Nathori in replacement of Haftar.

The story is originally published by ‘the Libya Observer’