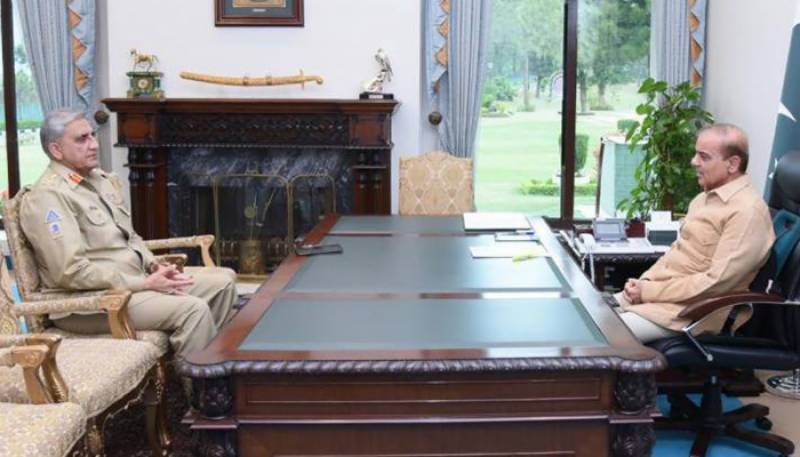 During the meeting, professional matters, including national security issues, were discussed, said a brief statement issued in the evening.

Bajwa and Shehbaz met first time after the latter became the 23rd prime minister of Pakistan.

Professional matters pertaining to National security were discussed during the meeting. pic.twitter.com/CRkccpRUXm

According to the Director-General Inter-Services Public Relations (ISPR) Major General Babar Iftikar, COAS Bajwa could not attend the oath-taking ceremony of the premier on April 11 as he was sick.