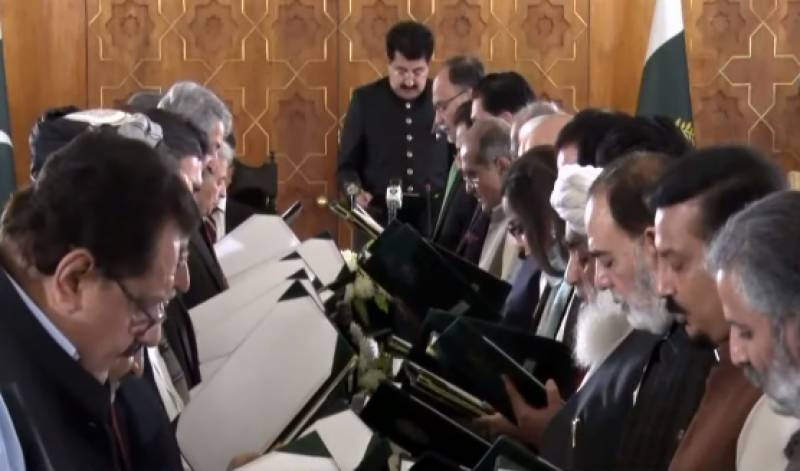 Senate Chairman Sadiq Sanjarani administered the oath to the members of the federal cabinet after President Arif Alvi excused himself from performing his constitutional duty.

The cabinet division issued a list of federal ministers, ministers of state and advisers included in the first phase of the induction on Monday night.