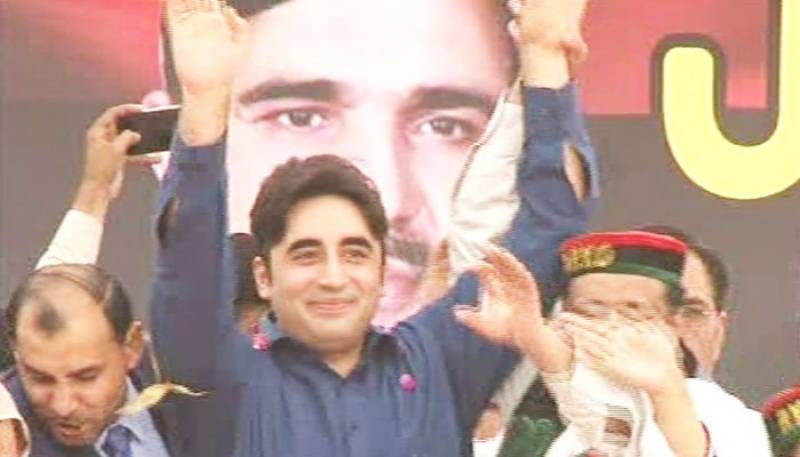 PPP Chairperson said while addressing a rally in Mansehra

Earlier, the Hockey Ground in Mansehra Township was decorated with flags of Pakistan Peoples Party and banners of its leadership ahead of Bilawal's rally on Saturday.

PPP Hazara President Syed Ahmed Shah said that over 25,000 people from across the division are expected to participate in the rally.

Bilawal is expected to be accompanied by the central leadership of PPP.