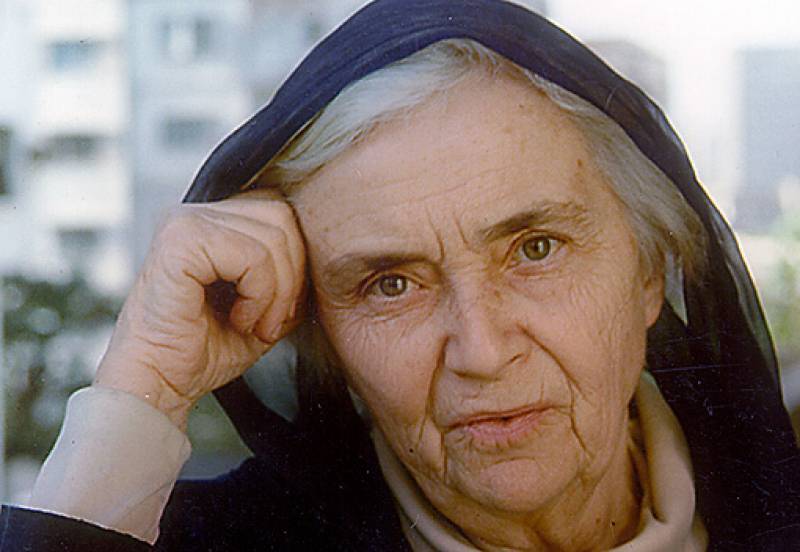 Karachi (Staff Report): Last rites of Pakistan’s ‘Mother Teresa’, Dr Ruth Katharina Martha Pfau, who passed away at the age of 87 after dedicating a lifetime to fighting leprosy in the country, was laid to rest at Karachi's Gora Qabristan with full state honours on Saturday

Chief Minister Sindh Syed Murad Ali Shah along with his cabinet was also present at the burial.

Armed forces carried the casket containing Dr Ruth's body to St Patrick's Cathedral in Saddar in a gun convoy - the highest military honour at a funeral last accorded to humanitarian icon Abdul Sattar Edhi. The casket was draped in the national flag of Pakistan.

The flag of Vatican City was also hoisted at the cathedral Saturday morning, while the national flag of Pakistan remained at half mast.

A 19-gun salute was offered during the funeral proceedings, with contingents of all three Armed Forces of Pakistan present on the occasion.

Dr Pfau was born in Leipzig Germany on September 9, 1929. She came to Pakistan in the 1960s and dedicated her life to taking care of leprosy patients.

Dr Pfau, the founder of the National Leprosy Control Programme in Pakistan, was in charge of the Mary Adelaide Society of Pakistan (MASP), where leprosy patients are treated.

It was due to the endless struggle of Dr Pfau that Pakistan defeated the disease and became leprosy-free in 1996. She was granted Pakistani citizenship in 1988 and received numerous accolades for her services.