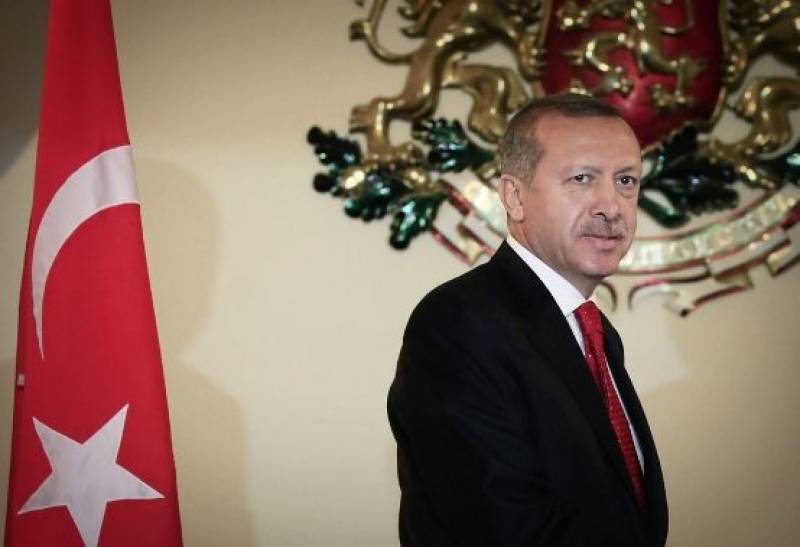 According to details, Erdogan called on ethnic Turks to ignore Chancellor Angela Merkel's Christian Democratic Union (CDU) and their partners in the grand ruling coalition, the Social Democratic Party (SPD).

He said, they should also reject the Greens, branding all three parties "enemies of Turkey".

The president's attack, one of his strongest-ever tirades against any EU state - escalated an already intensifying diplomatic crisis between two NATO allies with longstanding historical links.

Foreign Minister Sigmar Gabriel of the SPD was quick to react, condemning Erdogan's comments as an "unprecedented act of interference".

Merkel's spokesman Steffen Seibert said on Twitter: "We expect foreign governments to not interfere in our internal affairs."

Erdogan issued his call in televised comments to reporters in Istanbul after Friday prayers. "I tell all my kinsmen in Germany ... not to vote for them. Neither the Christian Democrats nor the SPD nor the Greens. They are all enemies of Turkey," he said.

He accused the SPD and CDU of playing a game of "the more you beat up Turkey, the more votes you get" during the election campaign. "You need to support political parties there now which do not display enmity to Turkey," he said.

Erdogan did not make it clear which German political party he would like people to support in the polls for the Bundestag on Sep 24.

But he said he expected voters of Turkish origin to "teach a lesson to the parties which are disrespectful to Turkey" when they cast their votes in a "struggle for honour".

Tensions have spiralled between Germany and Turkey in recent months.

Berlin has lambasted Ankara over the magnitude of the crackdown that followed last year's failed coup, which has seen several German citizens arrested, including journalists.

Ankara meanwhile has accused Berlin of failing to extradite suspected Kurdish militants and coup plotters who have taken refuge there.

Turkish German journalist Deniz Yucel, the Istanbul correspondent of the Die Welt daily, has been held in jail in Turkey since February ahead of trial on terror charges.

German journalist Mesale Tolu has been held on similar charges since May, while activist Peter Steudtner was arrested in a July raid.

According to German foreign ministry spokesman Martin Schaefer, there are 10 Germans, including dual nationals, in custody in Turkey.

Gabriel's SPD - whose candidate for the chancellorship is ex-EU parliament speaker Martin Schulz - and Merkel's CDU are rivals in the election. But they have been in broad agreement on the policy regarding Turkey within the coalition.

The opposition Greens meanwhile have pushed for an even tougher line against Ankara.

The Greens' co-leader Cem Ozdemir, who is himself of Turkish origin, said Erdogan's comments showed that people who support democracy and oppose repression and corruption in Turkey are "quite simply considered to be traitors and enemies".

Erdogan said it was not Turkey's responsibility to reduce the tension as Germany was to blame, even accusing Berlin of being out of step with EU membership requirements.

But Gabriel denounced his comments as "an unprecedented act of interference in the sovereignty of our country". Erdogan was seeking to incite people in Germany against each other, he said.

The SPD's Schulz meanwhile, said Erdogan had "lost all sense of proportion" in a tweet. "And all the more we stand on the side of all those who are struggling for a free and democratic Turkey," he added.

There are an estimated three million people of Turkish origin in Germany. Many of them came, or are the descendants of those who came, to West Germany as Gastarbeiter (guest workers) from the 1960s, to make up for a postwar labour shortage.

Analysts say that some 1.2 million people of Turkish origin will have the right to vote in the September polls as German citizens.

In the past, Turkish-origin Germans have inclined to the left, with most voting for the SPD.

But Erdogan is also popular with Turks living in Germany, and 59 per cent of the votes cast by Turkish citizens resident in Germany went to his ruling party in November 2015 parliamentary polls.