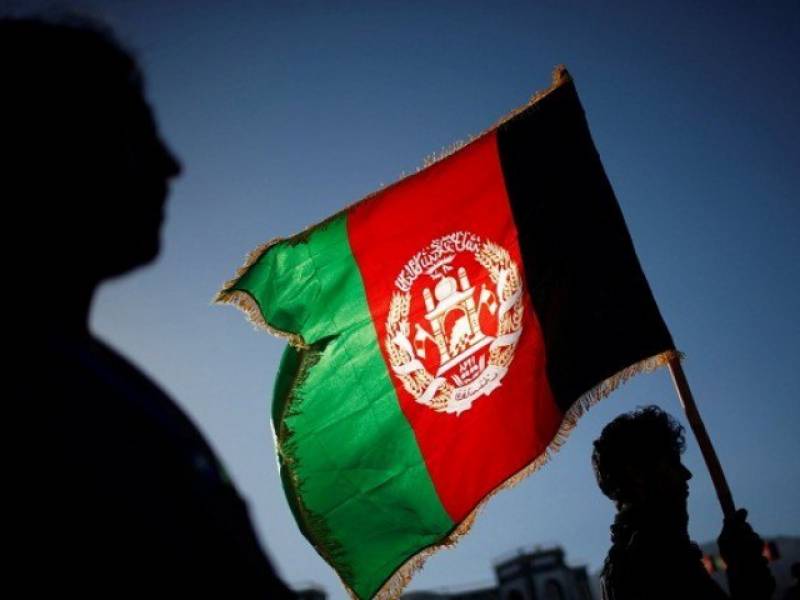 Kabul, Afghanistan (Online): Afghan security forces were on high alert Saturday as the war-weary country, reeling from a number of high-profile deadly attacks, marked its Independence Day with muted celebrations.

There was an increased police presence in the capital Kabul where President Ashraf Ghani hosted a private ceremony for Afghan dignitaries.

Kabul police spokesman Abdul Basir Mujahid said, "All of our police units are on the highest state of alert and they are placed everywhere across the city."

"We have increased the number of police checkpoints in and around the diplomatic quarters (too)," he added, amid fears that the Taliban would mark the anniversary with a large-scale attack.

August 19 commemorates the signing of the Treaty of Rawalpindi in 1919, which granted Afghanistan full independence from Britain, although the country was never part of the British Empire, after three bloody wars.

While Afghanistan´s red, black and green tricolour flag adorned many Kabul streets, the day was largely going unobserved by ordinary Afghans, who are frustrated by the deteriorating security situation and the lack of progress by the US-led international coalition forces.

As in recent years there are no public ceremonies planned in the capital.

The city has been on edge since a massive truck bomb ripped through its diplomatic quarter during morning rush hour on May 31, killing about 150 and wounding around 400 people, mostly civilians, in an unclaimed attack.

Taliban insurgents are currently at the peak of their summer fighting season and have launched several deadly assaults around the country in recent weeks.

Ghani welcomed dozens of Afghan officials for a morning ceremony at the presidential palace and laid a wreath at the independence minaret inside the defence ministry compound.

"A very happy Independence Day to everyone in AFG," Ghani said on Twitter.

"This day was earned with lots of sacrifices. We must pay homage & celebrate this legacy."

While some Afghans changed their Facebook profile pictures to the Afghan flag or to Amanullah Khan, the king who secured Afghanistan´s independence, others lamented that the fight against the Taliban, now in its 16th year, meant there was little to celebrate.

"What Independence Day is we talking about when we are still at war with terrorism and don´t seem to be winning against it?" one user wrote on the social media site.

The day got under way as US President Donald Trump wrapped up a meeting of his national security team at Camp David on Friday as he tries to forge a new strategy for Afghanistan.

Trump must decide if he wants to continue on the current course, which relies on a much reduced US-led NATO force to help Afghan partners push back the Taliban, or try a new approach, such as sending more troops or even withdrawing altogether.

General John Nicholson, the top US commander in Afghanistan, offered his congratulations on "98 years of independence".

"We look forward to many years of continued friendship and cooperation," he said in a statement.

Afghan pop star Aryana Sayeed, who has been likened to Kim Kardashian for her skin-tight clothing and selfies, has said she will stage a concert despite threats from conservatives who oppose women performing in public.

"The concert will one hundred percent be held on Saturday evening," she told Tolo News late Friday.