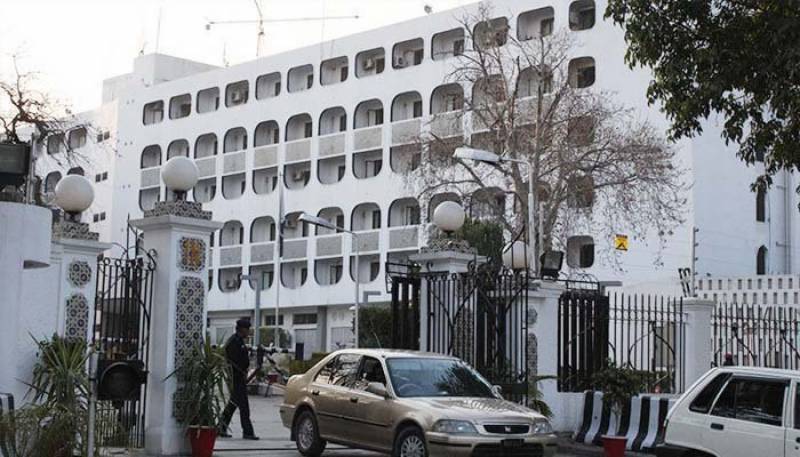 Islamabad (Web Desk): Pakistan has lodged a strong protest with India over its recent ceasefire violations along the Line of Control (LoC).

FO spokesman Dr Mohammad Faisal handed over a dossier to Ahluwalia and condemned the continuous violation of the ceasefire agreement.

On August 18, two Pakistani civilians were martyred in “unprovoked” Indian firing at the Line of Control (LoC).

According to a statement by the Inter-Services Public Relations (ISPR), the Indian Army "targeted civil population with mortars and Anti Tank Guided Missiles in Hot Spring Sector along LOC".

In its retaliatory fire, the Pakistan Army reportedly killed two Indian Army soldiers and injured many others.

In a statement, the FO spokesperson said the Indian occupation forces have continuously been violating the 2003 ceasefire arrangement, which needs to be respected. He said the intended targeting of civilians is condemnable.