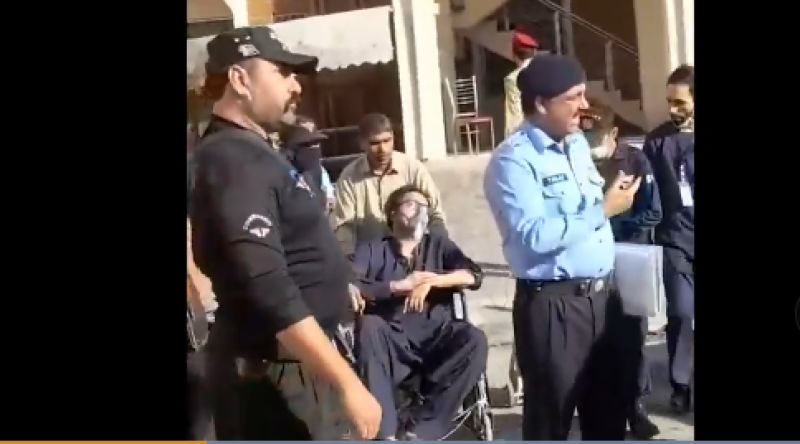 Islamabad (Web Desk): A district and sessions court in Islamabad on Friday directed the authorities to conduct another medical checkup of Pakistan Tehreek-e-Insaf (PTI) leader Shahbaz Gill after rejecting a plea by the Islamabad police for his eight-day physical remand in sedition case.

According to details, announcing the verdict, duty Judicial Magistrate Raja Farrukh Ali Khan said that the health condition of Shahbaz Gill seemed not good and ordered the authorities to submit new medical report on Monday.

Earlier today, Gill was presented before the court. He was escorted by the police to court in a wheelchair from the Pakistan Institute of Medical Sciences (PIMS) hospital after being deemed "fit" by a medical board. Strict security arrangements were in place outside the court.

At the outset of the hearing, Gill pleaded to the court to return his oxygen mask, complaining that it was snatched while he was being escorted to the courtroom.

"For God’s sake, give me my mask back," the PTI leader said.

At this, the judge asked him if he intends to stay, to which Gill said he will if his mask is provided to him.

Later, an oxygen cylinder was also brought to the court.

Meanwhile, in a report by the Medical Board of the PIMS hospital, the doctors declared Shahbaz Gill fully fit and further stated that Shahbaz Gill has not been tortured.

The report added that the PTI leader’s health deteriorated due to the illnesses in his past medical history and therefore, the medical team unanimously decided to discharge him.

On Thursday, the Islamabad High Court (IHC) ordered the Inspector General of Police (IGP) Islamabad to probe into the alleged torture on Shahbaz Gill.

Former premier and PTI chief Imran Khan's chief of staff Shahbaz Gill, who was arrested by Islamabad police in a sedition case last week, had been handed over to the Islamabad police late on Wednesday, following the order of the sessions court.