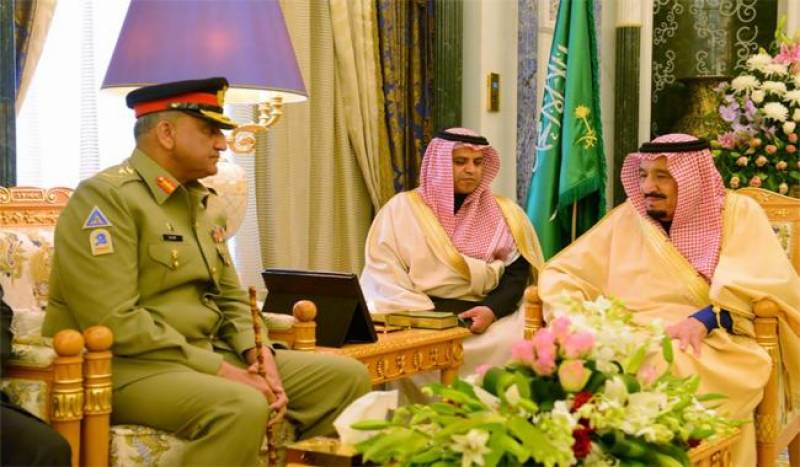 According to ISPR, Bajwa reiterated Pakistan's commitment to the security and protection of the two Holy Mosques (Harmain Sharifain) and also the territorial integrity of the kingdom.

Both leaders re-emphasised the need to continue working to eliminate the menace of terrorism and reinforce the mechanism to roll back extremism with even greater vigour. The discussion concluded on the agenda that new mechanism was needed by the two states to eradicate extremism.

It was also acknowledged that both Pakistan and the Kingdom of Saudi Arabia are vital players in regional stability “with significant responsibility towards the entire Muslim Ummah”.

The crown prince and the foreign minister were also present in the meeting.

The COAS, who is on an official visit to Saudi Arabia, held a series of meetings on Sunday.