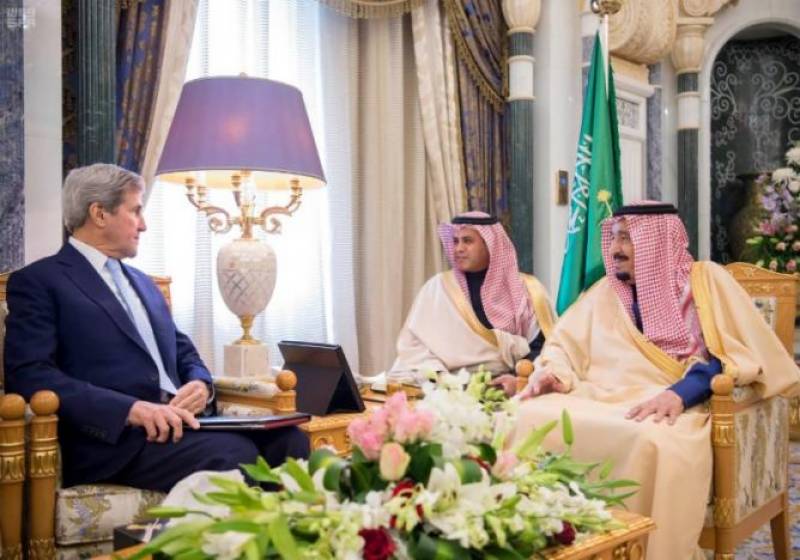 Riyadh (Reuters): Saudi Arabia claimed that Washington had decided to limit military support, including planned arms sales to the kingdom, over its war in Yemen.

Saudi Foreign Minister Adel al-Jubeir said that Riyadh had not been officially informed of such decisions by US, while visiting U.S. Secretary of State John Kerry suggested the issue related more to a long acquisition process than restrictions on military support.

U.S. officials stated Washington announced to block support for Saudi Arabia's campaign in Yemen, including halting the supply of some precision-guided ammunition, because of concerns over widespread civilian casualties.

Yemen's 20-month-old war has killed more than 10,000 people and triggered humanitarian crises, including chronic food shortages, in the poorest country in the Arabian peninsula.

Jubeir said while talking a joint news conference with Kerry, "This news that has been leaked contradicts reality. The reality is that converting regular bombs to smart bombs would be welcome because smart bombs are more accurate.”

He said in answer to a question on reported delays of U.S. weapons supplies, "The kingdom has received nothing official from the American government in this regard."

Kerry appeared to play down the reports of delays to weapons supplies, suggesting procurement was often a slow process, and adding he had worked hard to move sales "forward".

Kerry also said that he agreed in talks with Jubeir and other Gulf Arab foreign ministers to push for a cessation of hostilities, which we all will work on in the next several days with hopes that within two weeks it might be possible to achieve it.

According to the United Nations report, Saudi Arabia has been leading an Arab coalition that has been fighting against Iran-aligned Houthis who forced Yemeni President Abd-Rabbu Mansour Hadi from power nearly two years ago. The conflict has displaced some three million people.

Kerry told the news conference, "Our immediate priority is to end the bloodshed and that's why reestablishing the ceasefire is so critical."

"We think we've found the path to move forward and invite the parties, President Hadi, the Houthis and the supporters of both sides to take advantage of this moment to try to come to the table and to try to frame an end," he added.

Responding to a question on whether Saudi Arabia was reconsidering its investment strategy over risks in the United States related to Donald Trump's election and potential lawsuits under the U.S. Justice Against Sponsors of Terrorism Act, known as JASTA, Jubeir said, "The Kingdom of Saudi Arabia has tremendous investments in the United States and we review those investments on a regular basis. There are issues associated with risk, but our objective is to increase those investments. We won’t decrease them."

Jubeir also said he had spent time in the United States recently to try to get to know the policies and positions of the next administration.

He also said he had dealt with Congress to press for amendments of the JASTA law, which grants an exception to the legal principle of sovereign immunity in cases of terrorism on U.S. soil, clearing the way for lawsuits seeking damages from the Saudi government.