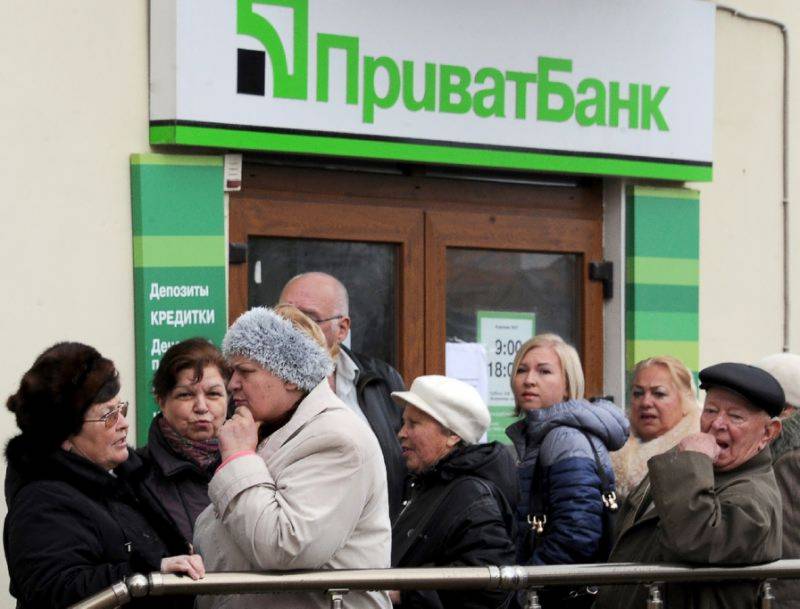 Kiev (Web Desk): Ukraine’s government moved late on Sunday to nationalise PrivatBank, the war-scarred country’s largest and most systemically important commercial bank, amid concerns over the state of its balance sheet.

The government pledged to fully protect depositors and said the takeover, proposed by the central bank and approved by the nation’s national security council, was needed to “preserve stability of the country’s financial system”.

The transaction, which placed 100 per cent of the bank into state ownership, was agreed with the outspoken Igor Kolomoisky and Gennady Bogolubov, PrivatBank’s oligarch majority co-owners, the government said. The two control a diversified portfolio of assets spanning oil production, ferroalloys, media and chemicals.

The development follows growing concerns that have spread in government and banking circles over related party lending, and PrivatBank’s ability to keep commitments to clean up its loan book and meet capital ratio requirements. All are central to a bank sector clean-up plan being implemented as part of a $17.5bn International Monetary Fund loan programme.

“These actions are taking place in strict co-ordination with international financial institutions and with their support,” the government said, adding that its actions would “save PrivatBank and the entire bank sector”.

Petro Poroshenko, Ukraine’s president, Valeria Gontareva, central bank chief, and other officials are, according to the government statement, set to reveal more details early on Monday about plans to complete the transaction smoothly and without further rattling a country still grappling with a smouldering war in its eastern regions. Ukraine is also still recovering from a deep recession in which gross domestic product plunged by some 17 per cent over the past two years.