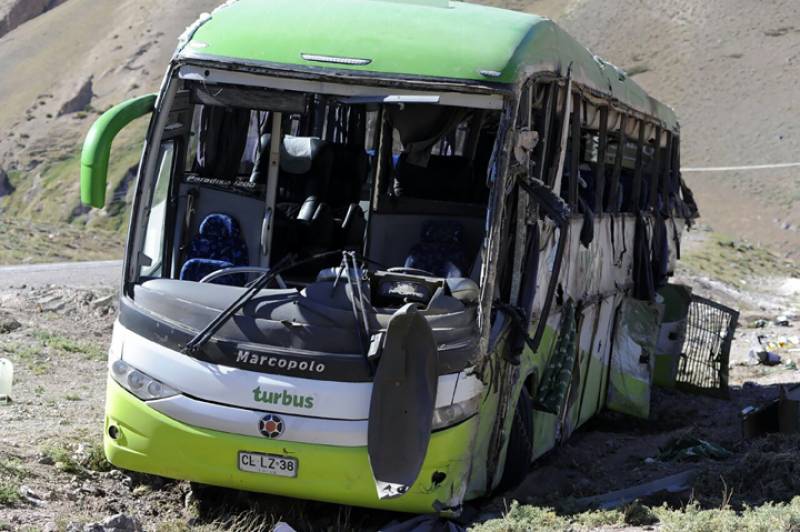 Buenoa Aires: At least 19 people were killed and over 21 were injured when a bus overturned in Argentina’s Mendoza province.

According to foreign news agency, the deadly accident occurred due to inexperienced driver who did not know the route.

Brazilian media stated that the bus was speeding at 100 miles per hour when it overturned near Aconcagua, the highest mountain outside Asia, killing at least 19 people and leaving 20 injured.

The bus driver and his assistant, who survived the deadly accident, are being detained by the authorities.